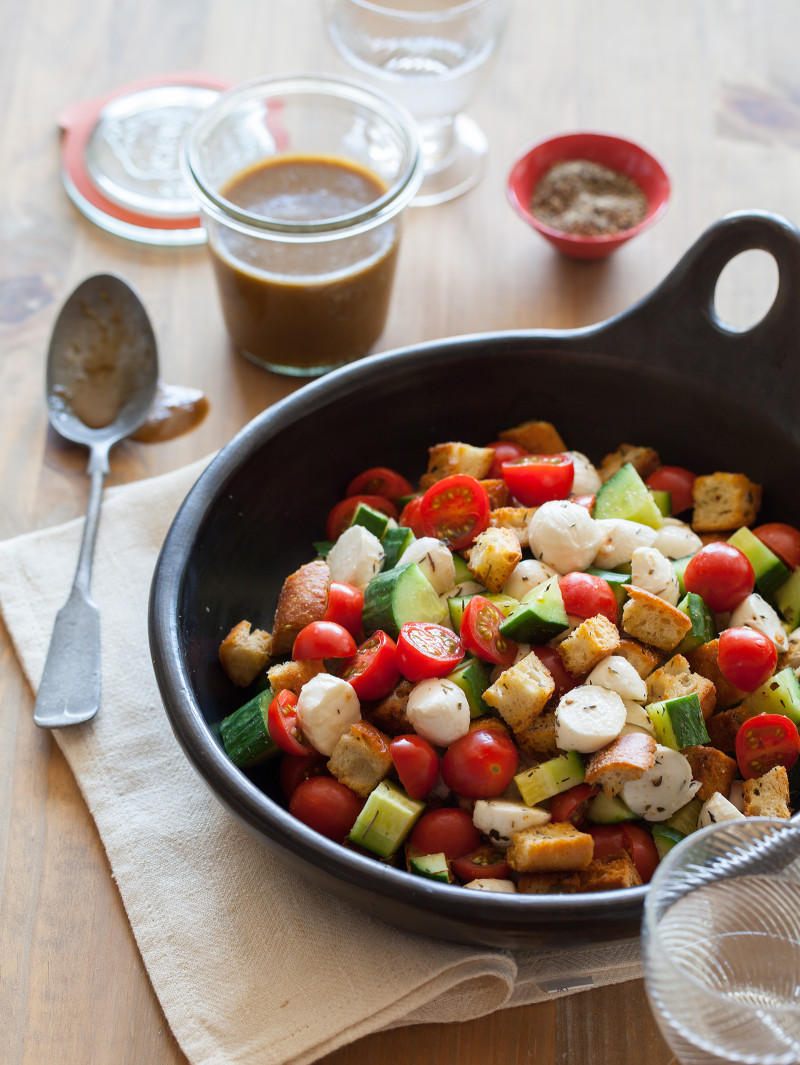 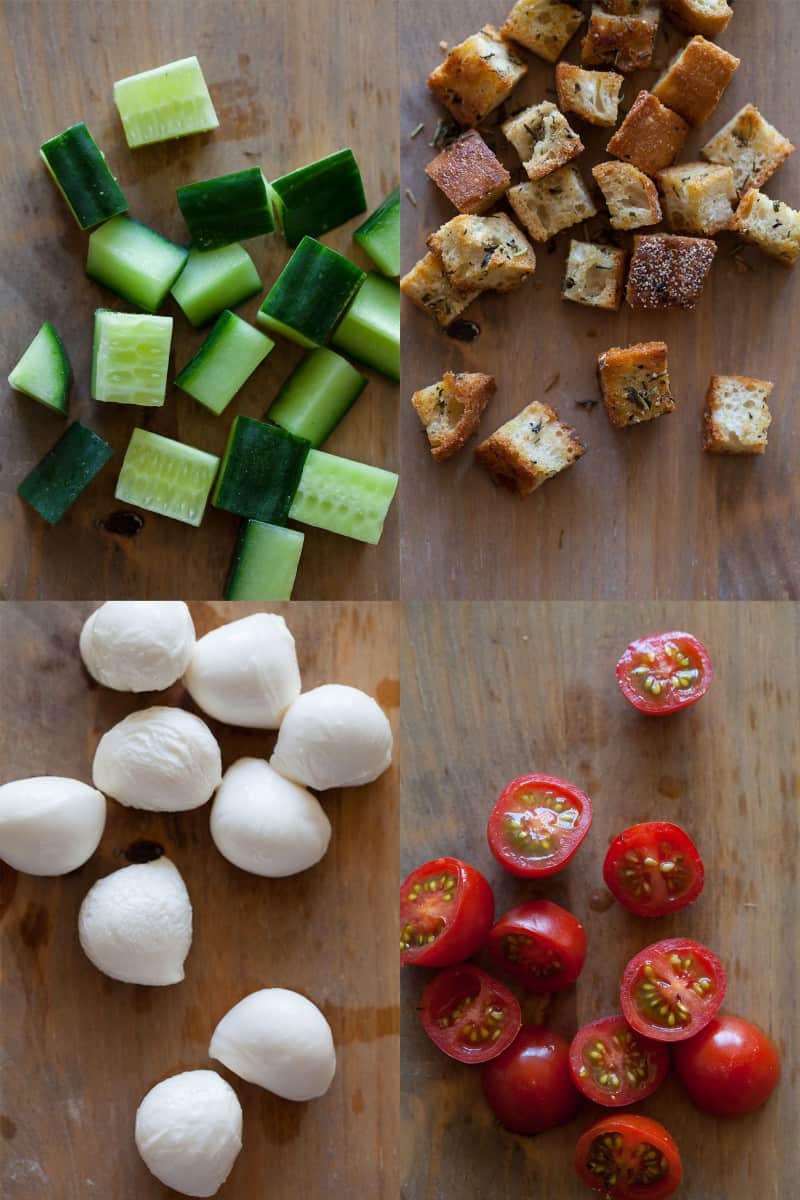 Panzenella Salad is for salad haters. It’s like the best possible case scenario for a salad. This year for my birthday, Jenny made me dinner. She had talked to me about side dishes, and then brought up the word “salad” and asked what kind I liked best. “Meh, I don’t like salad.” I said, and this is how I learned of Panzanella Salad.

The thing with salads is that to me, they will never be as face melting as pork belly sliders or poutine. So why should I waste stomach space on it? I know, I know, I should because it’s good for you. I know. I agree. Still doesn’t mean I like it, or am happy about eating it. I am happy about eating sandwiches, and since Panzanella Salad is basically a salad made of a sandwich, I think it’s the best salad ever.
♥ Teri 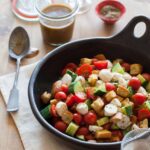