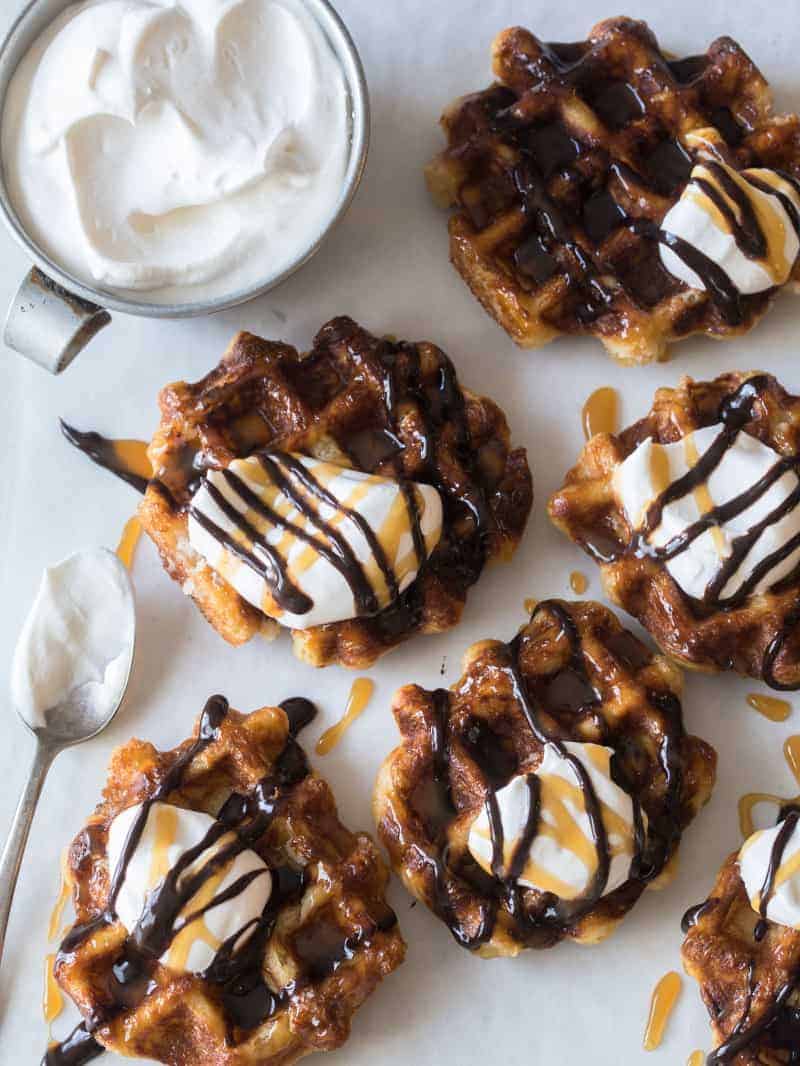 This past spring Jordan (the husband) and I took a trip to Belgium, specifically Ghent + Bruges, and holy crap was it beautiful. I have a huge obsession with the gingerbread style homes that are just common faire in those cities. The architecture really make the entire city/town extra charming and I couldn’t get enough. The second best thing about our trip was THE WAFFLES!!! Seriously. In Ghent we went to Max’s where I had the lightest Belgium-style waffle of my life. I felt like I was eating sweet air. It was crazy!…but the waffle of my dreams was found in Burges at a place called Fred’s. They made Liege Waffles which are my favorite waffles in the world. They’re more dense, but with a crispy outer layer and soft and chewy middle, that also hold sugar crystals that are fun to munch on, from the pearl sugar that gets folded into the batter.

The Liege Waffle are a little more labor intensive because they require a yeast batter and a double rise, BUT they’re really worth it and you can make the batter ahead of time and leave them to slow rise in the refrigerator overnight! I’m not usually a ‘sweets’ morning person, so I like to have these guys for dessert more than breakfast. Jordan loves all things sweet, so he can usually crush 3 or 4 of these right when he gets up. Either way, they’re delicious. You can eat them plain, with a light dusting of powdered sugar, OR with ALLLLLLL the toppings, like ice cream, whipped cream, chocolate sauce, sliced strawberries…anything! Enjoy! xx, Jenny 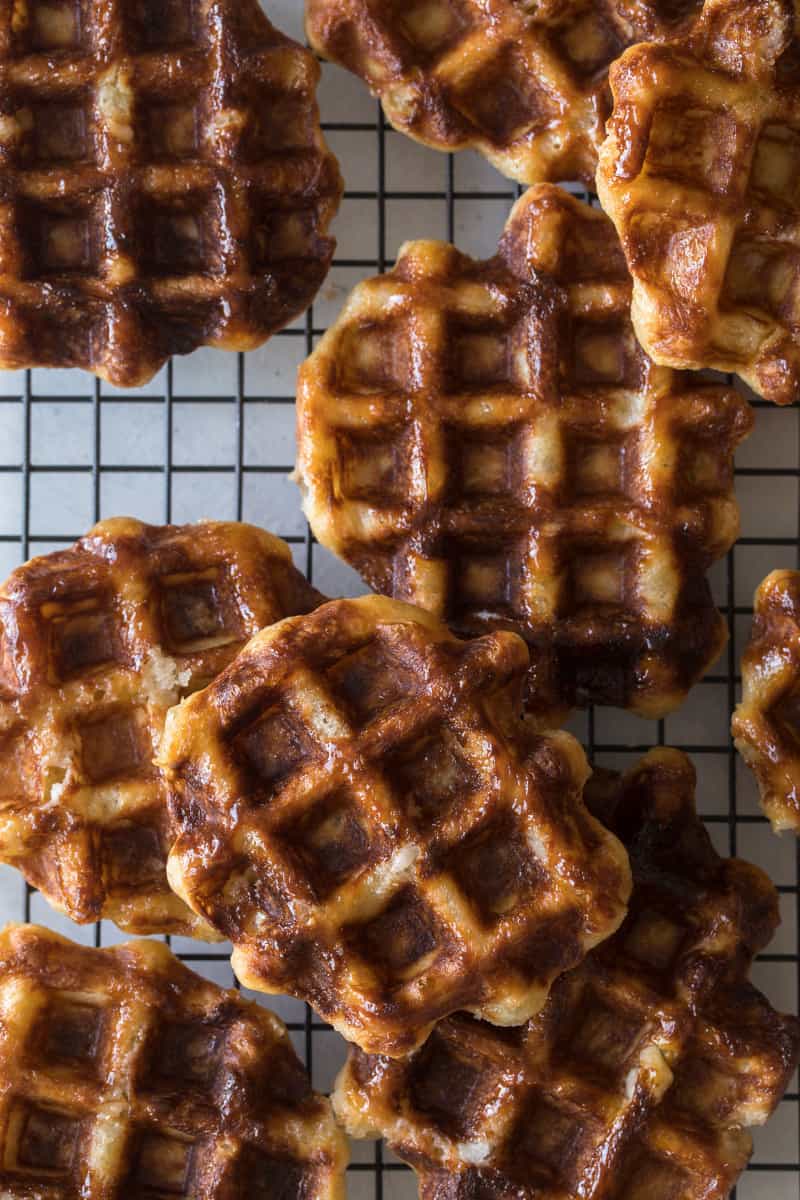 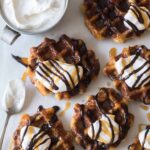