Jump to Recipe Print Recipe
EmailPinTweetShareYummly
A simple and delicious recipe for Apple Pie with a Cheddar Crust! Don't let the cheddar crust throw you, the cheddar gives the crust a slightly savory flavor that pairs SO well with the apple filling. It's a truly great combo! 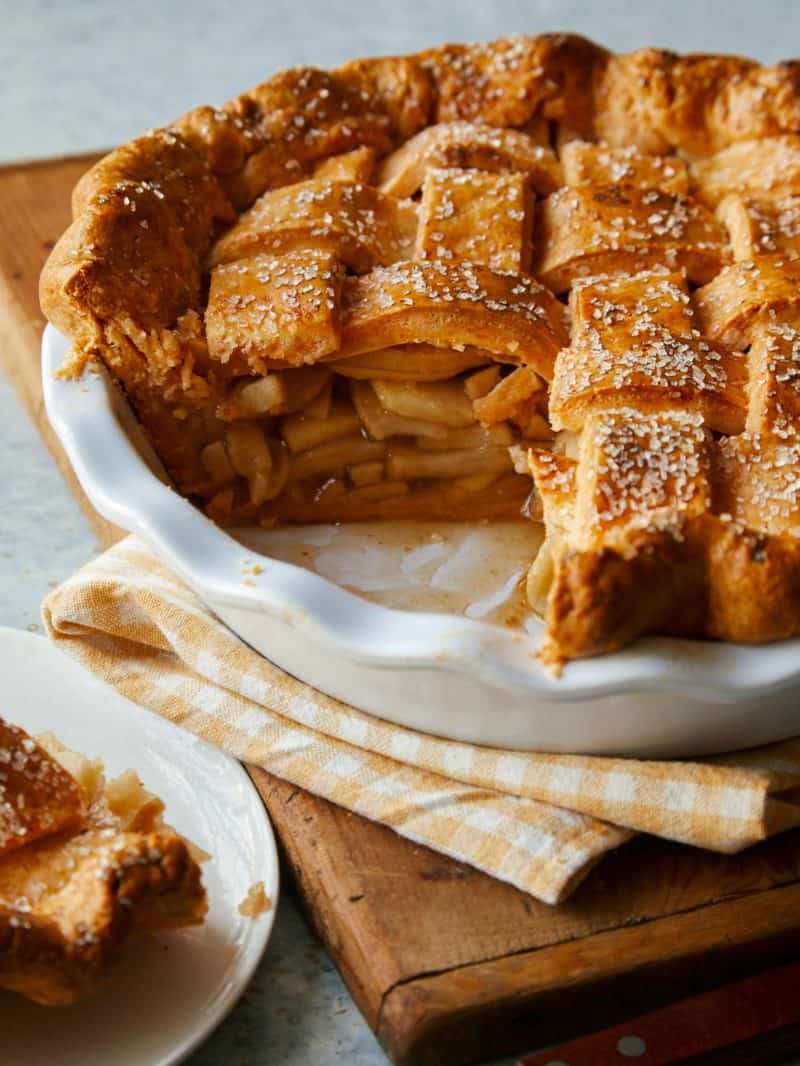 Today we are reposting this recipe for Brown Butter Apple Pie with a Cheddar Crust that we originally posted in 2014. I love this recipe so much! It’s really unexpected and a fun twist to the traditional apple pie recipe. Perfect for Friendsgiving!

Today we have this epic Brown Butter Apple Pie with a Cheddar Crust just in time for Thanksgiving. We like to use both golden delicious and granny smith because using just granny smith makes the pie a bit too tart for our taste and we don’t really like to add so much more sugar to balance it. We also like to cut our apple slices on the thinner side because we think they cook better and become a little more melt in your mouth. We also think it just looks really pretty when you cut into it. ☺ The other thing that makes this pie special is the flaky cheddar crust. If you have never had a cheddar crust before, maybe you think that sounds really weird and kind of gross. It’s not, you see the cheddar crust is subtle. It’s not like making nachos out of your apple pie, it’s a subtle salty savory flavor that pairs exceptionally well with the pie. If you have never tried it you really must just go for it. Enjoy guys, and happy fall baking! ☺
♥ Teri 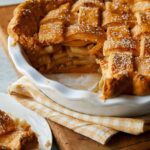 Apple Pie with a Cheddar Crust

A simple and delicious recipe for Apple Pie with a Cheddar Crust! Don't let the cheddar crust throw you, the cheddar gives the crust a slightly savory flavor that pairs SO well with the apple filling. It's a truly great combo!
RECIPE BY Teri & Jenny
PRINT RECIPE
5 from 4 votes
Prep Time: 20 mins
chilling time: 1 hr
Total Time: 45 mins
Servings: 8