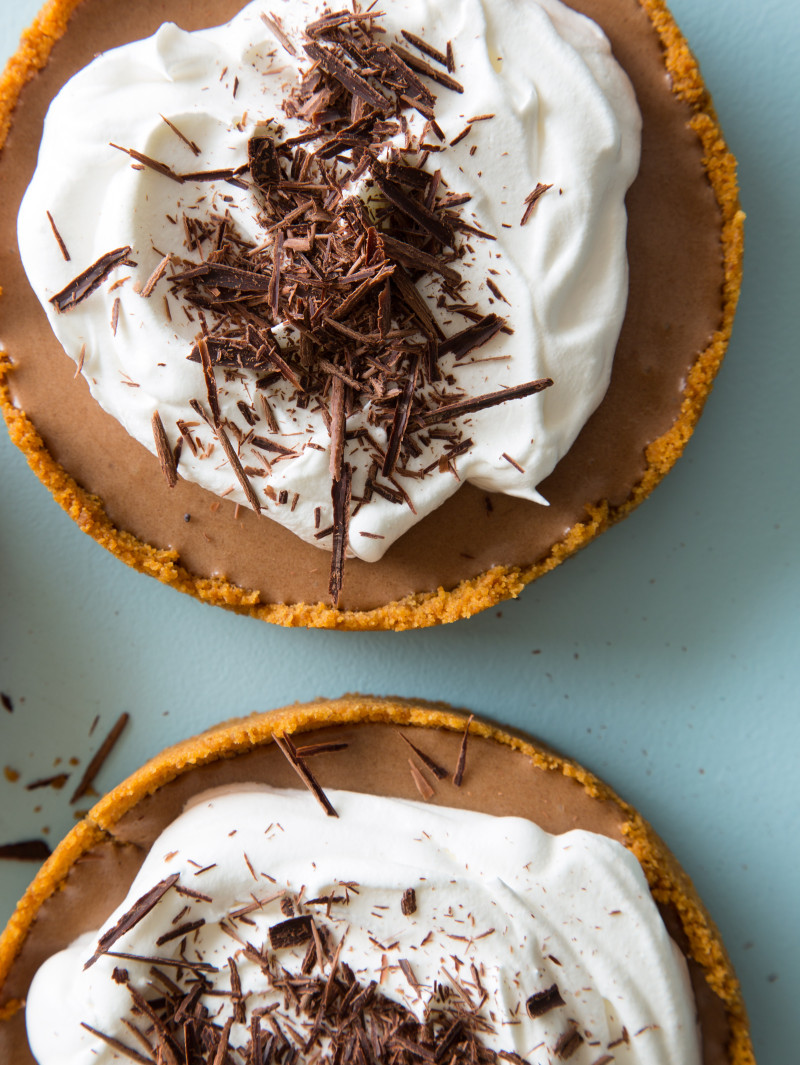 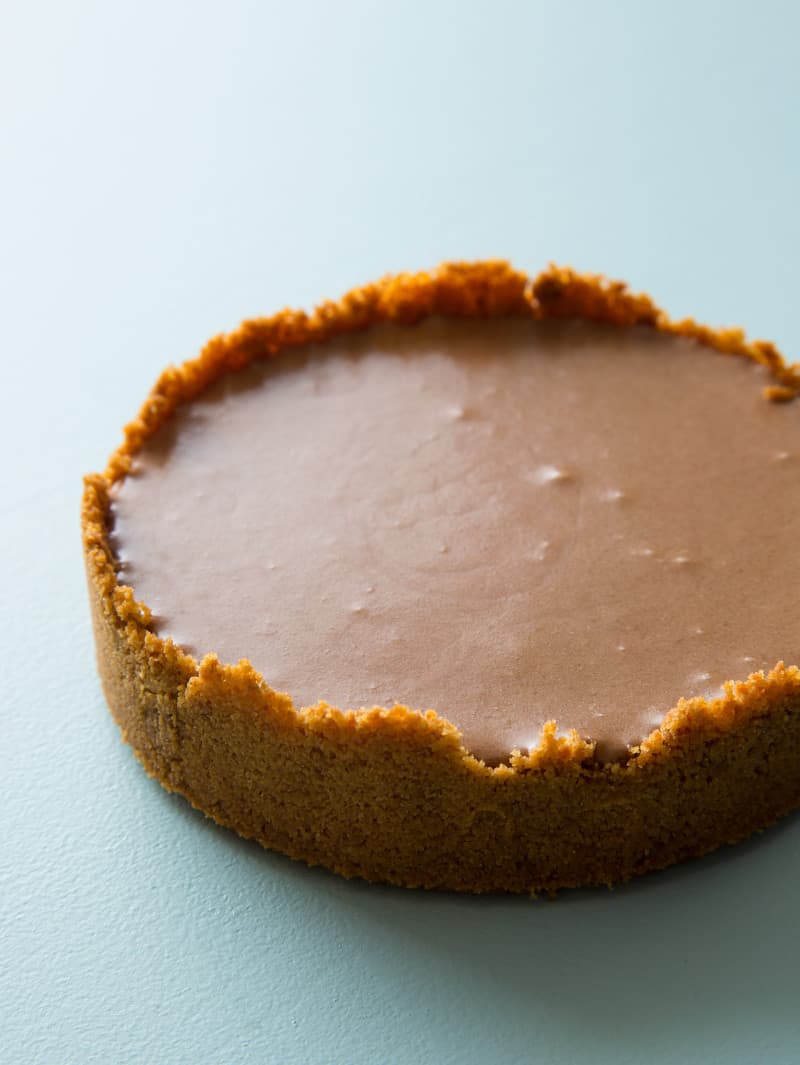 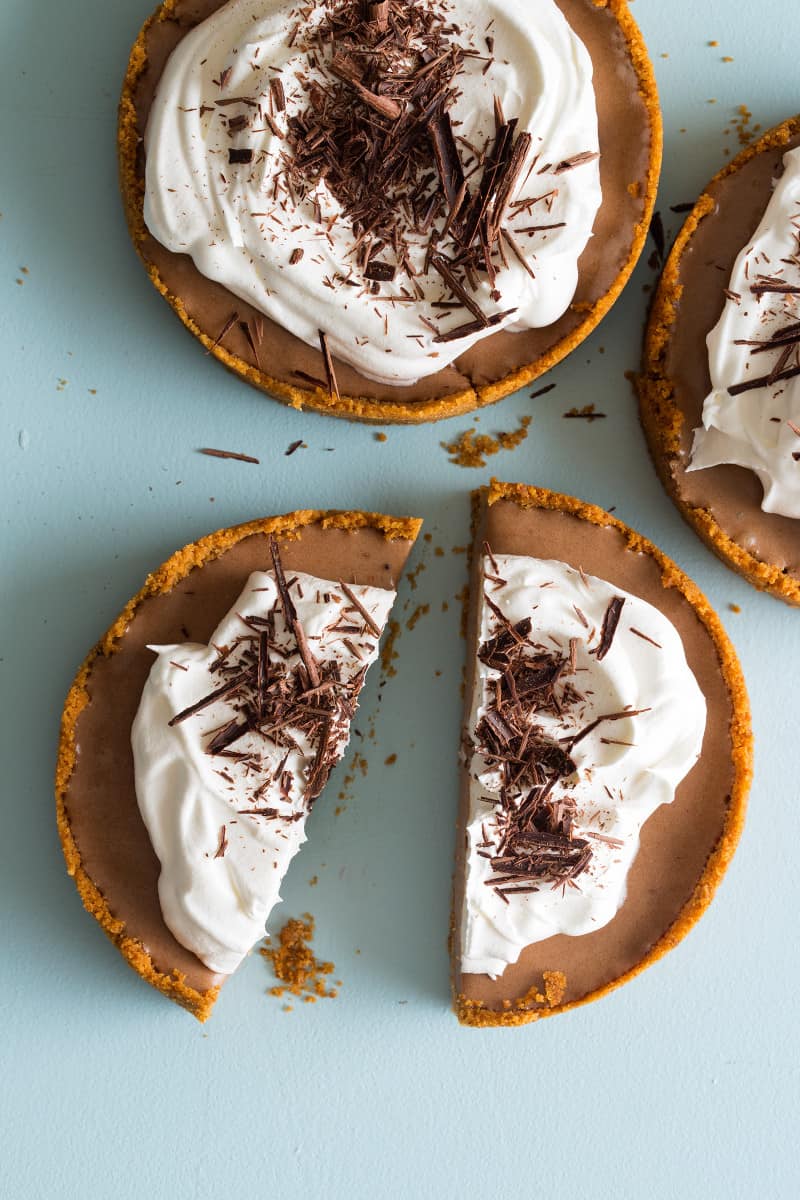 Growing up French silk pie was one of the first pies I ever remember tasting….specifically from Baker’s Square (the best way I can describe Baker’s Square is sort of a smaller, Midwest version of Marie Calender’s or Polly’s Pies…a total ‘early bird special’ type of place). I remember entering through the doors and walking up to the big glass case of pies with wide eyes. My eyes were immediately glued onto these perfect chocolate curls, that sat atop a sweet and fluffy whipped cream, that sat atop a smooth and creamy chocolate mousse, that sat atop a flaky, buttery crust; it was their French silk pie and it was glorious.

Our version today swaps the flaky, buttery crust for a Nilla wafer crumbs crust because I really like the texture of the crumbly crust against the smooth, creamy and extra decadent filling. This pie definitely involves a handful of steps, but it’s actually pretty easy overall and totally worth making! Seriously though, I love this pie. It’s so freakin’ good and is a great alternative to traditional thanksgiving desserts like pumpkin and pecan pie. I really think everyone should make this pie and share it with everyone they love, because everyone deserves a little French silk pie in their life! Enjoy! xx, Jenny

Chocolate lovers raise your hands! Here are more chocolate recipes you will love: 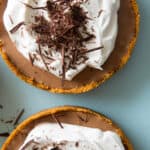