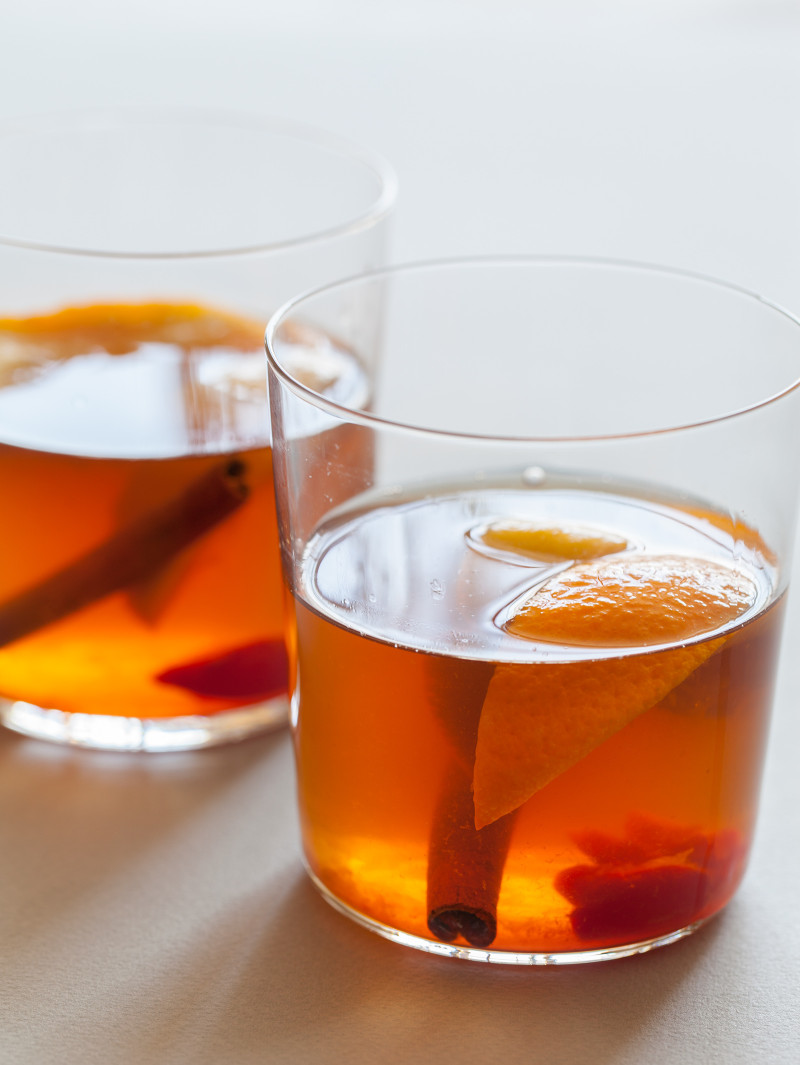 Hi all! So we wanted to end the week on a good note so of course a cocktail of sorts needed to be involved. So for the longest time I considered the classic ‘Old Fashioned’ cocktail to be an “old man” drink…..you all know what I mean, right? Like Scotch on the rocks…or straight up, also an “old man” drink. Anyways, I thought this until Jordan’s (I think we’re all close enough that I can begin to refer to my boyfriend in posts by his first name) friend made me a very simple Old Fashioned. It was made with a touch of extra sweetness from adding a little more fresh orange juice to the mix. He also muddled the fruit directly into the glass he was serving in for a more homely feel. It was delicious, sweet, refreshing, and by no means overbearing.

My Asian glow didn’t burst into action upon first sip so that right there was enough to positively keep my attention. I kicked this version up a bit to make it a little more suitable for the winter months by adding some spices to the simple syrup for a lovely spiced simple syrup. I know it’s 80 degrees out here in LA, but goddamn it I want somewhat of a winter experience this year…. even if I have to make spiced simple syrup to get a taste of it! This drink is really tasty and super easy to make. I hope you all relax this weekend for a little post holiday R&R and try our our version of a classic summer cocktail “winterfied”;)
xx Jenny