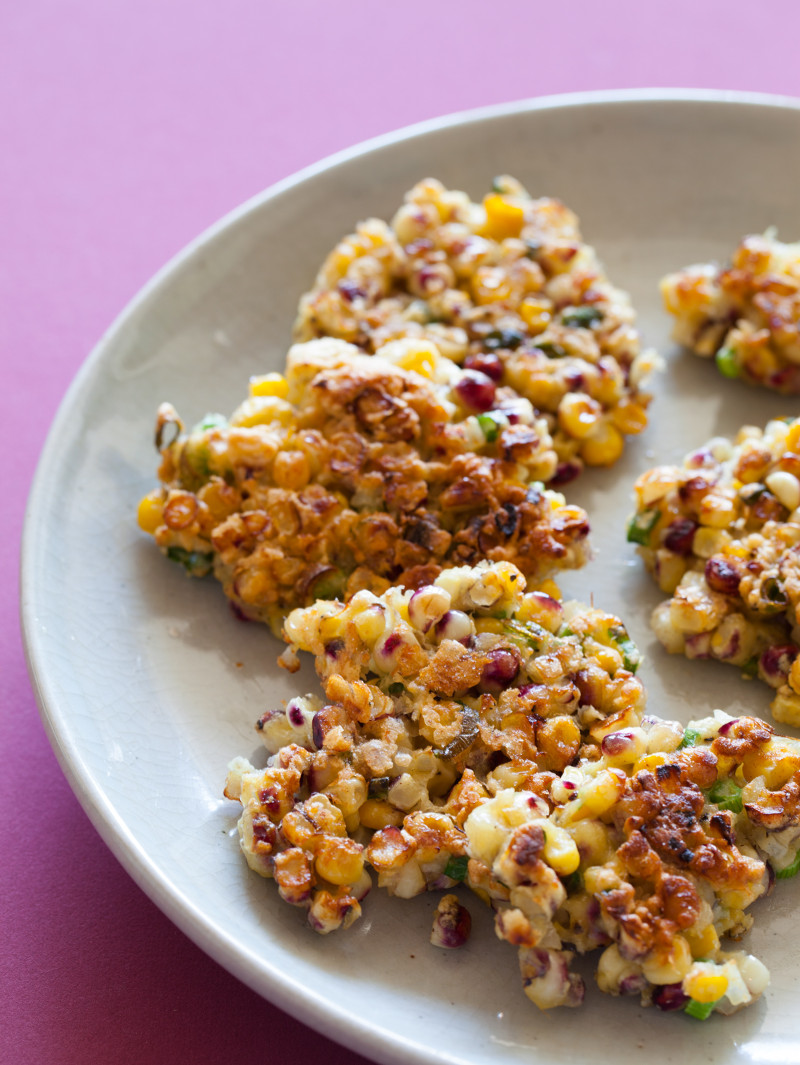 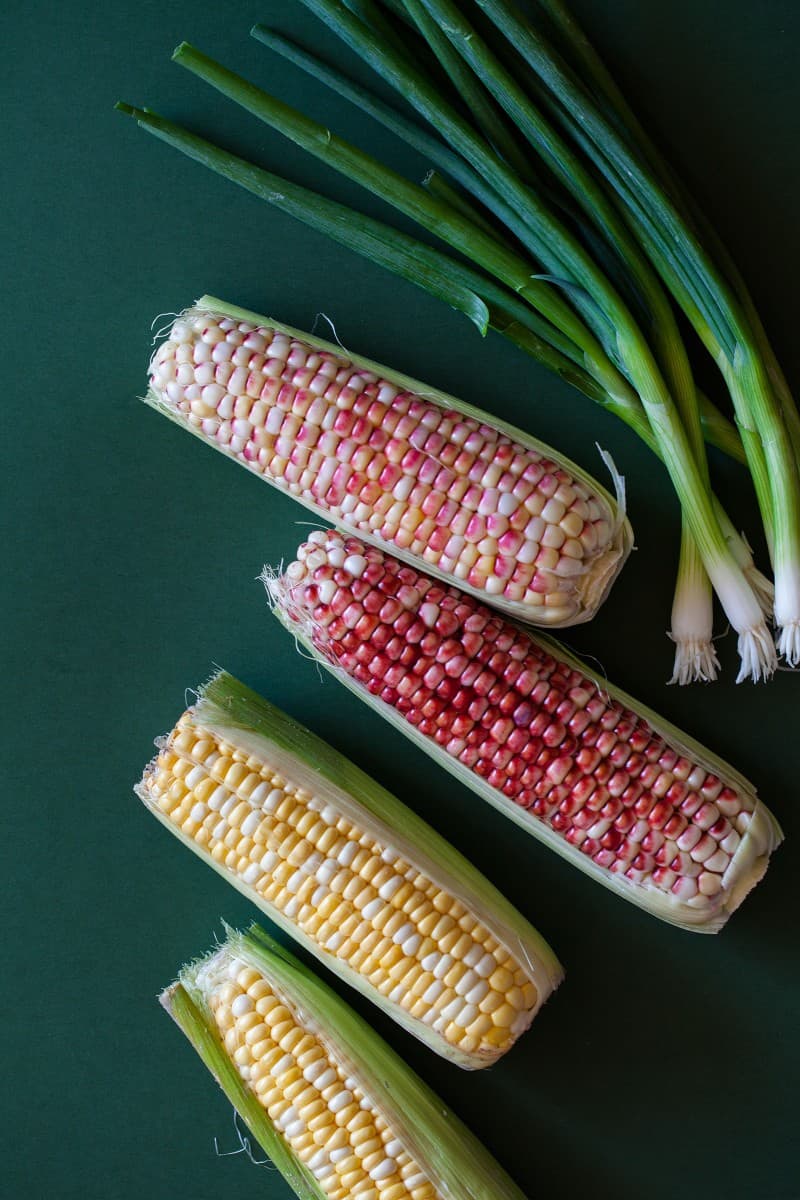 So there’s this place called E&O Trading Co. in San Fran and they have these AMAZING corn cakes, well technically they’re called “Indonesian Corn Fritters” and I’ll say it again…they’re AMAZING! Okay, now here’s the thing….I’ve never actually had the fritters nor have I ever been to the restaurant. Then why am I being a freak and raving about something I’ve never had?? Well, I’m a very visual person and I saw them being pimped out on a food show one time and became kind of obsessed. I have problems, I know. They also went into the kitchen where they filmed the chef make a giant batch, so naturally I drove to the store right away to pick up some ingredients to make these. I changed around some of the ingredients and added some red corn, because I found some at the market and thought it would be pretty. I wasn’t disappointed…these things are SO good…especially if you make a little honey and Sambal sauce (spicy chili sauce) dipping sauce. I love that they’re pretty much all corn kernels with no batter. It’s awesome. It’s simple. Try it. The End :)
xx Jenny

Here are some more corn recipes we absolutely love! 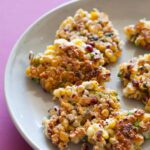