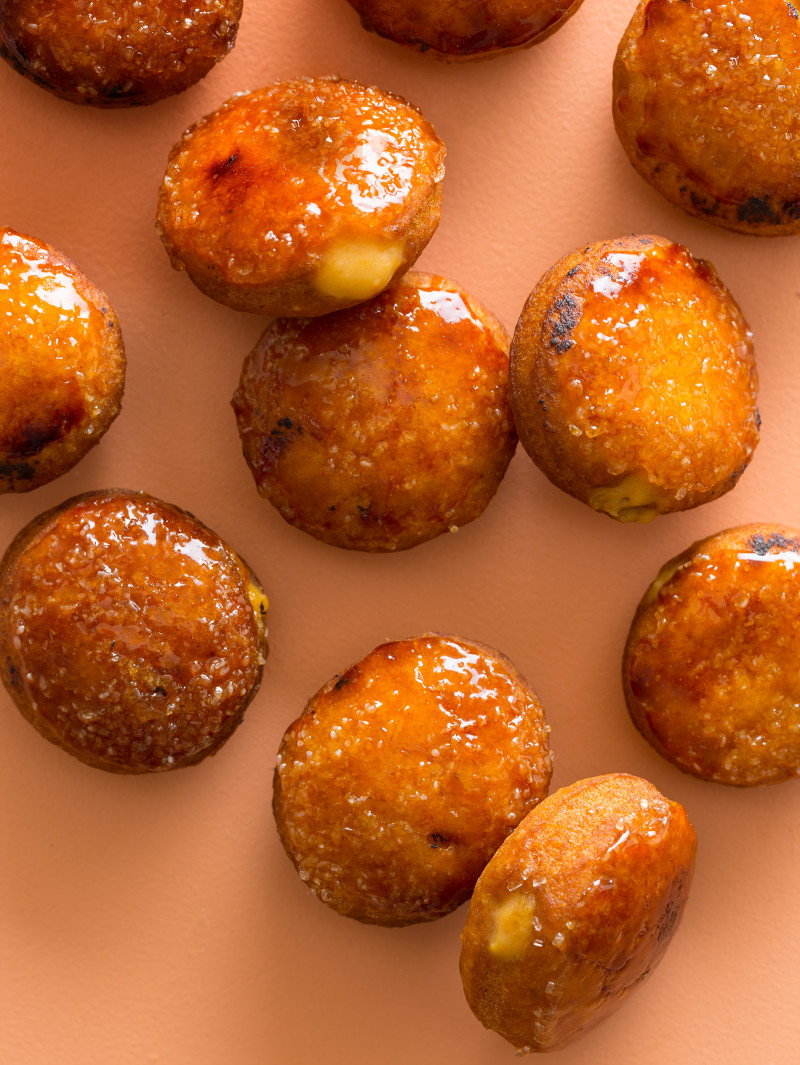 We’re bringing this awesome recipe back because it’s pumpkin season again and these little gems are totally worth making, especially for a party or get together. We basically took some of our favorite desserts and smooshed them together. Our two favorite things about this dessert is 1) the fact that they are bite-sized and you can just pop them into your mouth whole AND 2) when you do just pop them in your mouth whole, the crunch from the caramelized sugar crust against the silky soft pumpkin custard creates a texture paradise in yo mouth! The end! :)  Enjoy! 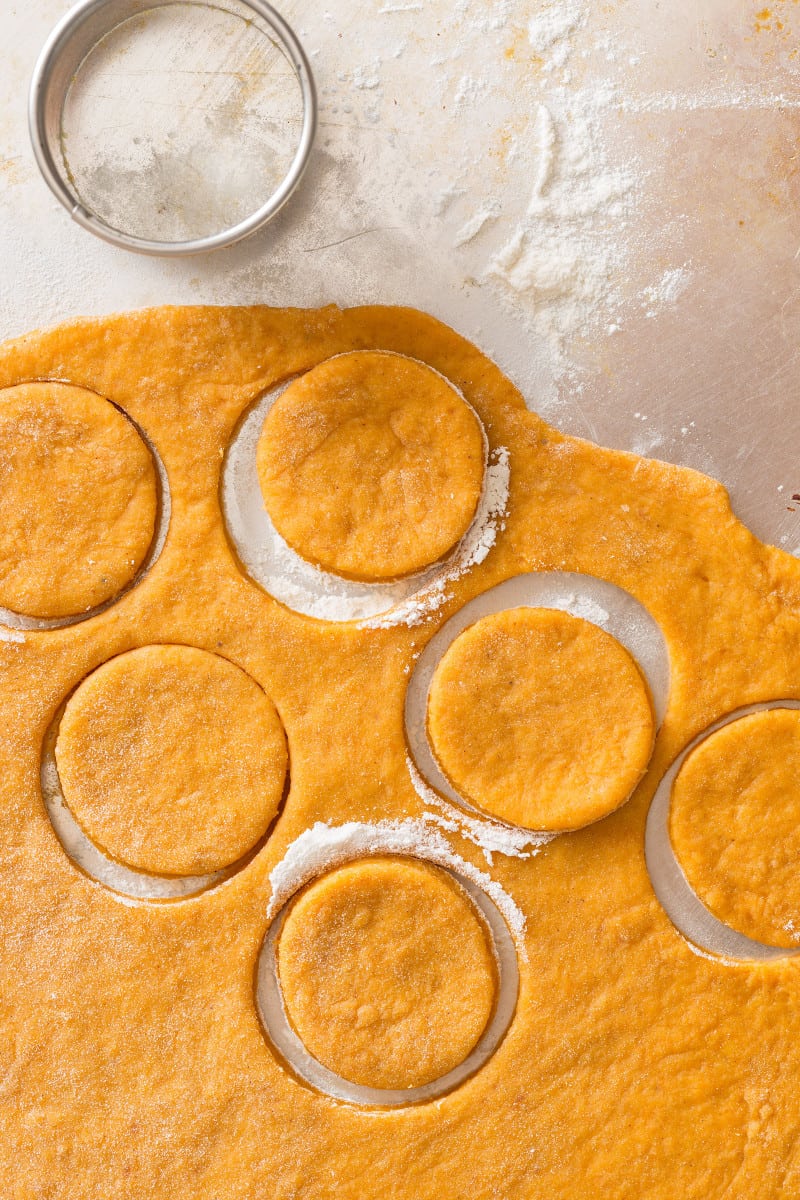 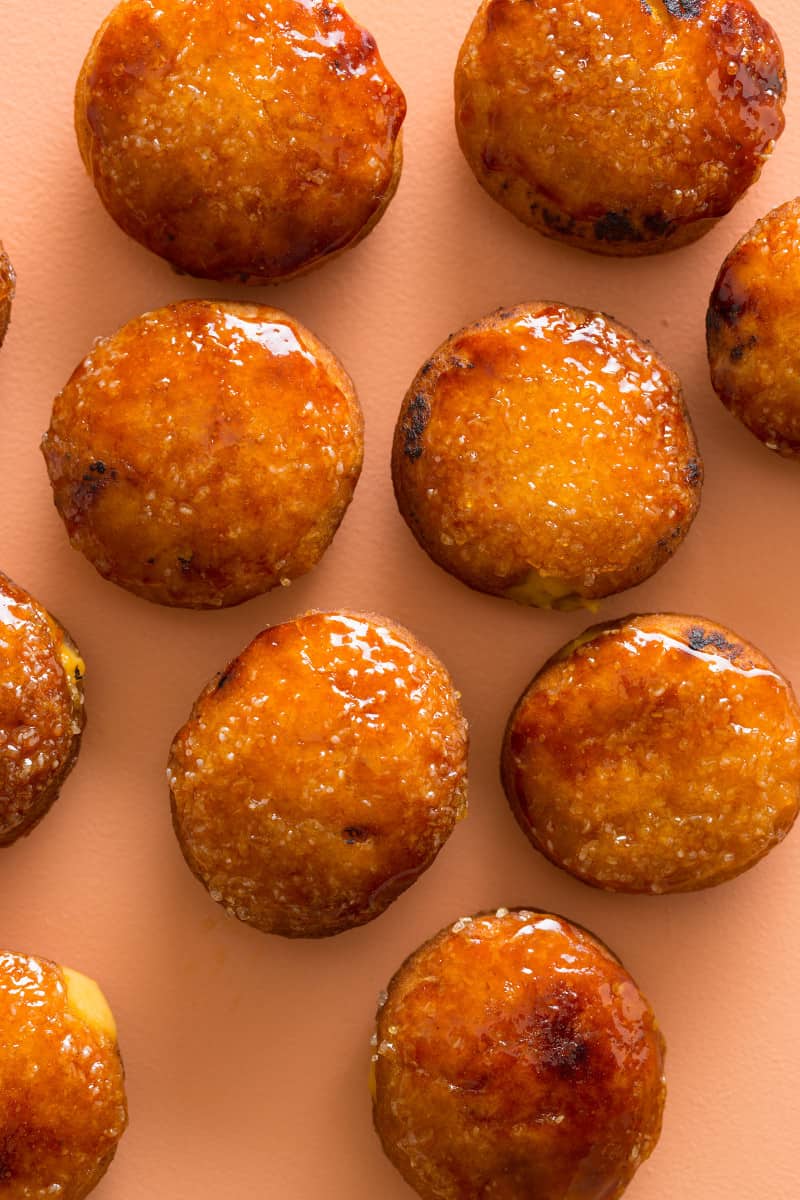 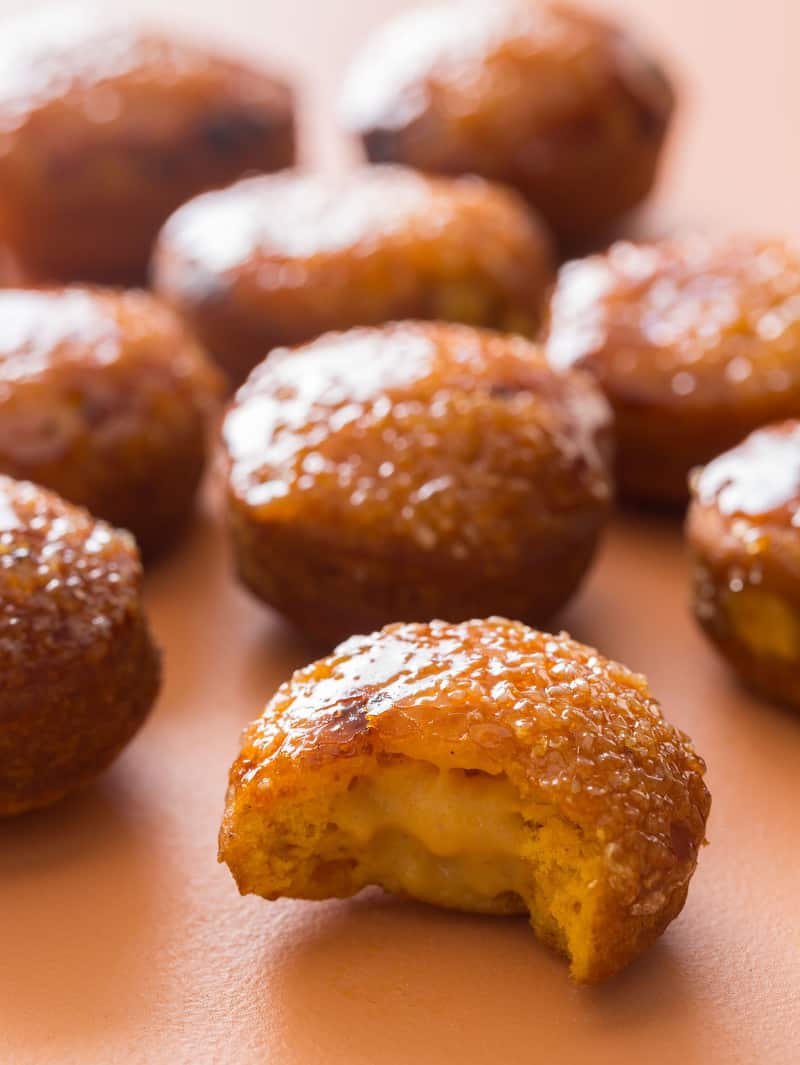 You know how people have ‘spirit animals’? I think doughnuts are my spirit food. Well doughnuts and cured meats…and pickled/fermented things. I’ve always proclaimed myself a savory tooth, over a sweet tooth but when it comes to doughnuts, no contest. I think it was ever since I was a little girl getting carpooled to middle school. My best friend’s mom (yes the same mom that makes phenomenal shepherd’s pie) would always take us to Dunkin’ Donuts in the morning so she could get her coffee fix on and we could get our doughnut noshing on! It was so much fun, especially at 10 years old!

These days doughnuts seem to be ‘all the craze’ and for the last 5 or 6 years shops with classic as well as adventurous and unique doughnuts having been popping up EVERYWHERE and I absolutely love it. I’m sure many of you have been to Doughnut Plant in New York. I went for the first time about 5-6 years ago and kind of didn’t want to leave. I ordered and ate WAY too much, but the sugar coma was worth it. Plus, when I’m in a new doughnut shop (especially one with so many awesome and interesting flavors) I can’t not order at least 8 or a dozen doughnuts. I just want to try them all!

Anyway, one of the doughnuts that really stuck out to me was their crème brûlée doughnut. It was incredible. The doughnut itself was light and airy, the custard filling was perfectly creamy and sweet and the crunch from the sugar shell top was the best part! we have our own version here today, but with a pumpkin custard filling instead… because duh. I also decided to use our no-yeast doughnut recipe for these because while these doughnuts are delicious there are a couple of components going on so cutting out the yeast and rise makes these doughnuts much faster/easier to make! I also recommend not actually bruleeing the tops of the doughnut until you’re ready to serve them, just the same as standard crème brûlée to ensure your sugar shell stays nice and hard.We’ve also made our pumpkin crème brûlée doughnuts quite small so they’re more bite sized, but feel free to use a bigger circle cutter (round cookie cutter) if you want big, fat doughnuts! If you’re looking to make something just a little bit different this holiday season (especially with thanksgiving just right around the corner) make these doughnuts. Seriously. Your friends and family will love you for it. Enjoy! xx, Jenny 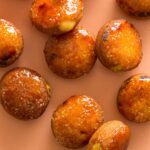