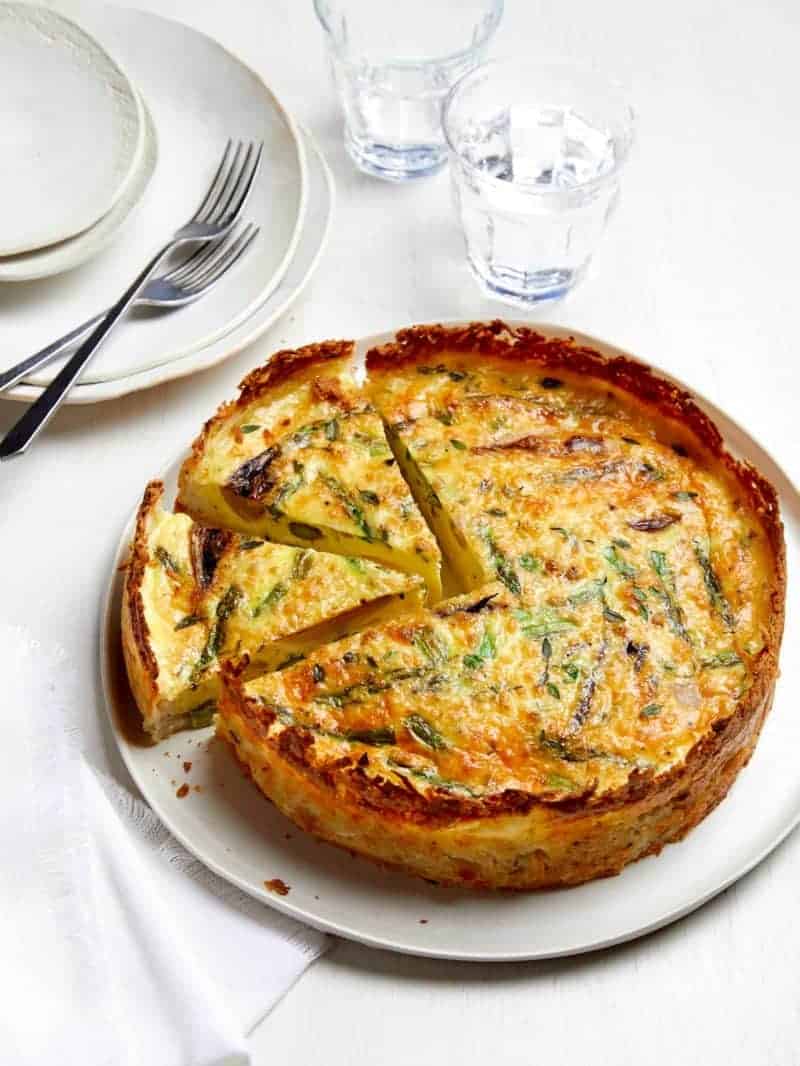 We posted our first hash brown quiche recipe a couple years ago, and since you guys loved it we thought we would make another one that is spring inspired. I really love the hash brown crust because you get all the good things about breakfast in one dish. Personally I love how crispy the hash browns get at the edges. This one is also perfect for Easter brunch! 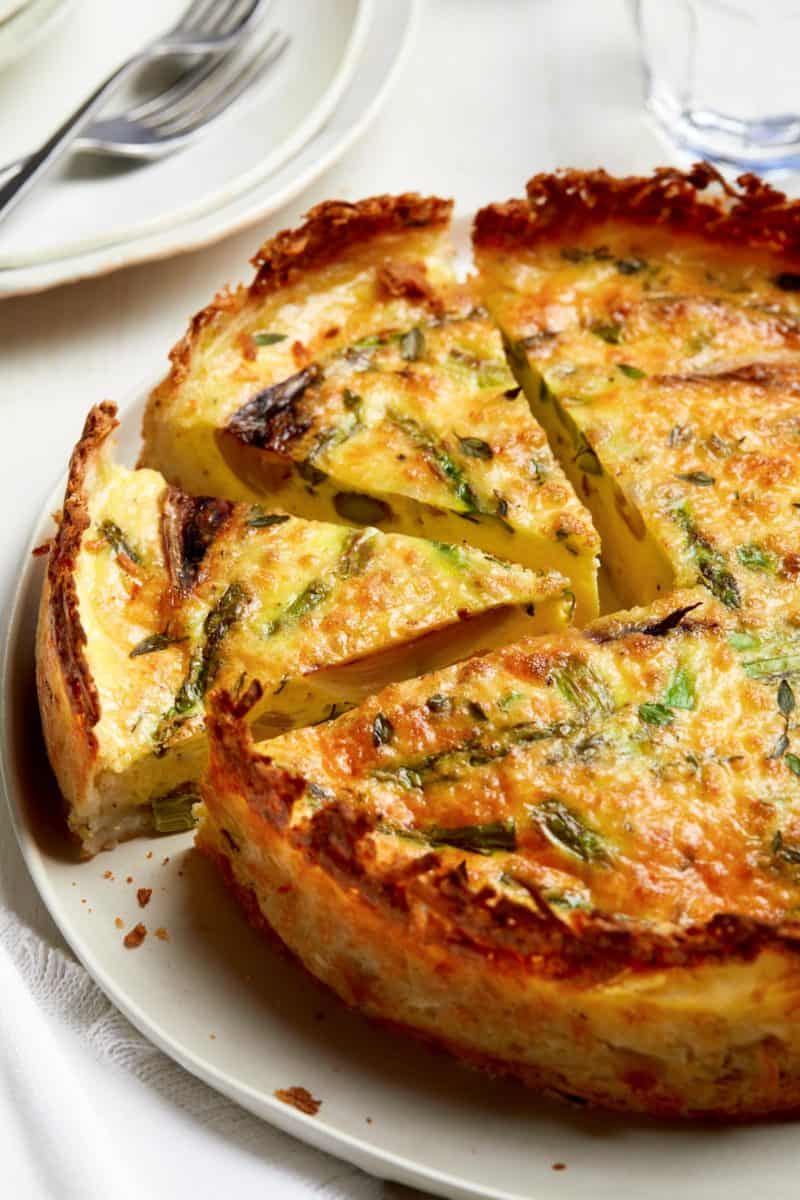 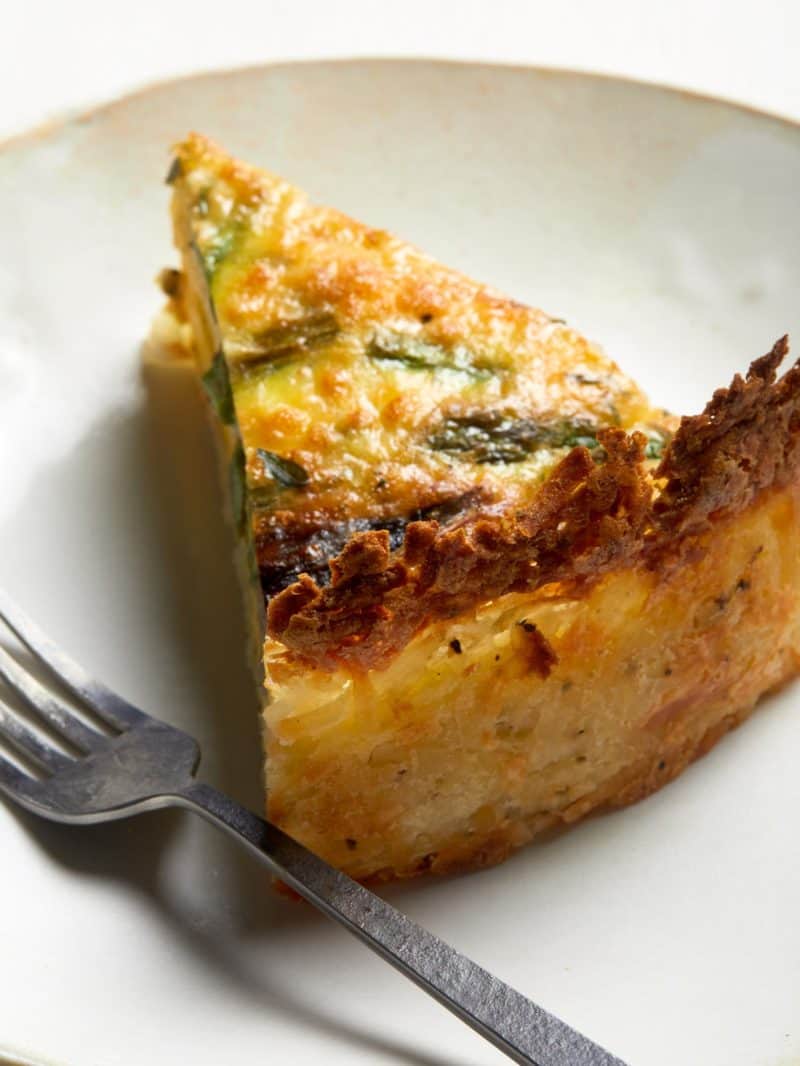