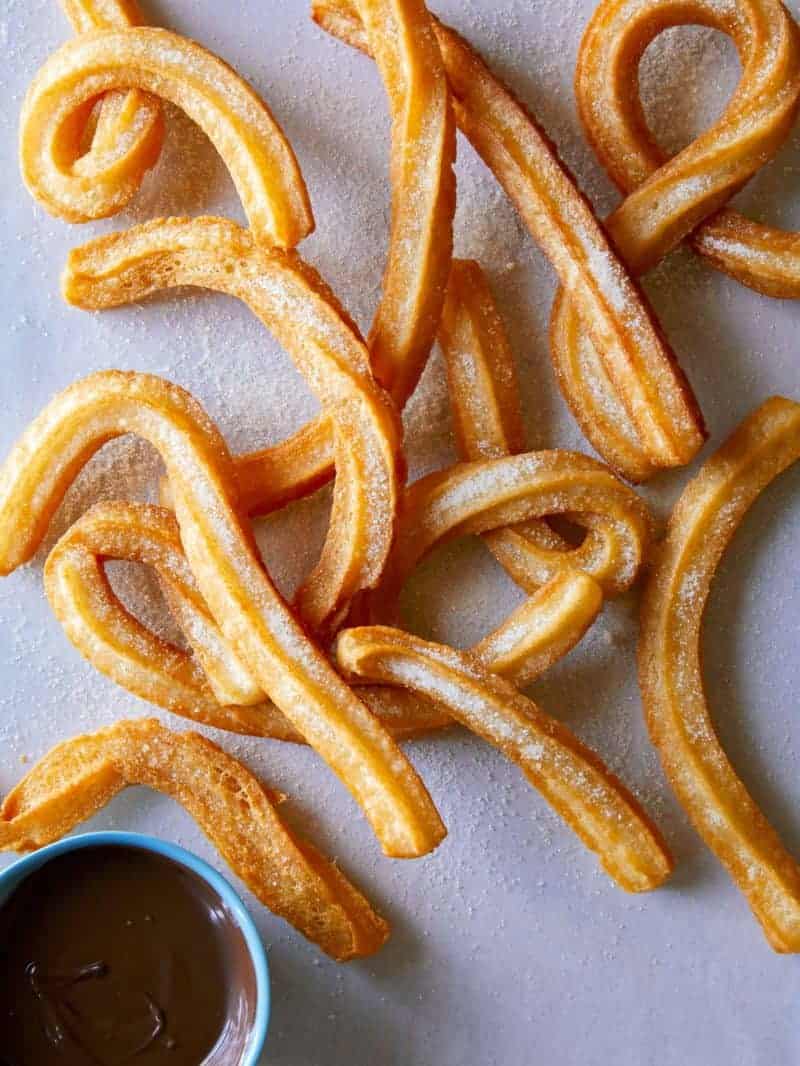 My husband and I took a trip to Spain a few months ago and I ended up falling in love with the churros. I already knew I loved Mexican style churros, but oh man, Spanish Churros might be my new favorite thing! The biggest difference is that they are vegan because there’s no egg in their dough and they aren’t rolled in cinnamon-sugar once they’re fried. This makes for a super light and crispy texture rather than a crisp, chewy one. Aside from the lighter than air texture, I love the fact that sugar is just sprinkled on at the end (and is also optional) and isn’t covering the entire churro. It’s makes dipping them in chocolate sauce that much more delicious and not overly sweet. Freshly whipped cream to dip them in was another option we saw happening a lot in Spain, along with the chocolate sauce and who doesn’t love that, right?

When I came home I searched all across LA to find a place that made and sold these types of churros, but they were really few and far between, so I somewhat reluctantly decided to make my own. Turns out, they’re really easy to make! The only thing I really recommend, to make these guys absolutely perfect, is getting a hand-held churro maker. I KNOW. Investing in a single use gadget probably doesn’t seem that appealing, but they really make the job 100 times easier, are not expensive and it doesn’t take up very much space at all! I mention being able to use a piping bag with a star tip for this recipe, but I should warn (and do at the end of the recipe), that the piping bag/tip method is still a bit difficult to use because the dough is so stiff. I do provide a third alternative too if you don’t want to deal with any gadgets. While they won’t be quite the same, they’ll still turn out crisp and delicious! Enjoy! xx, Jenny 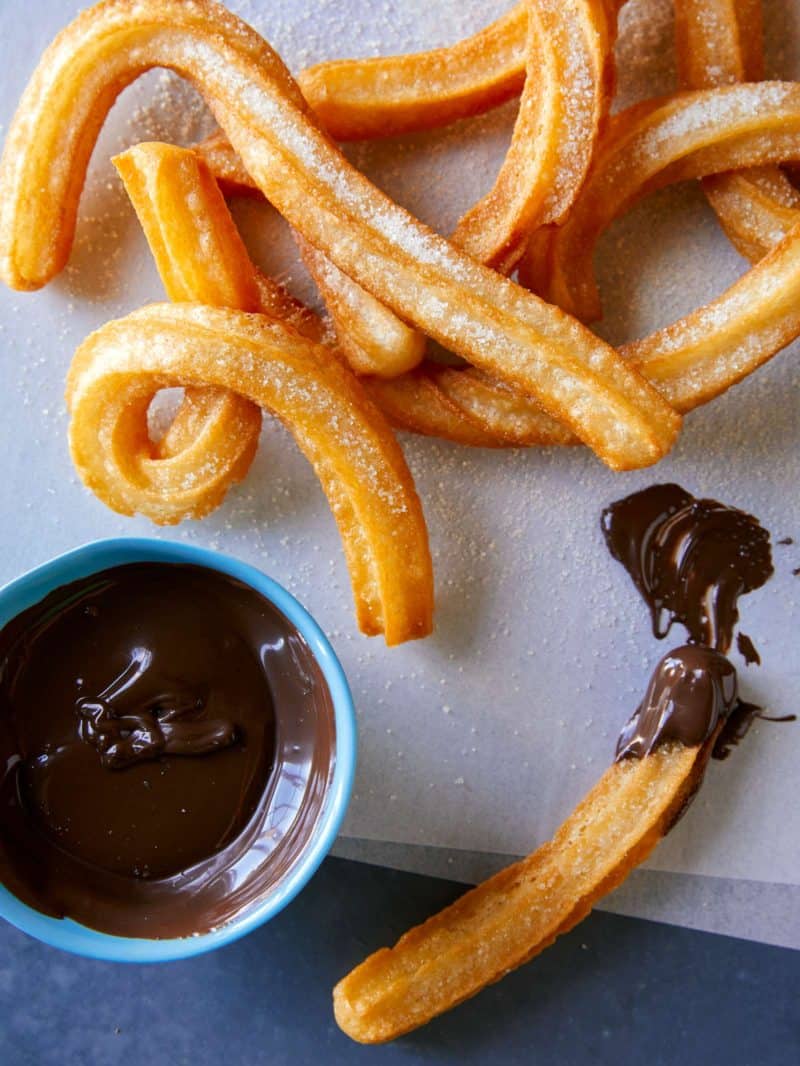 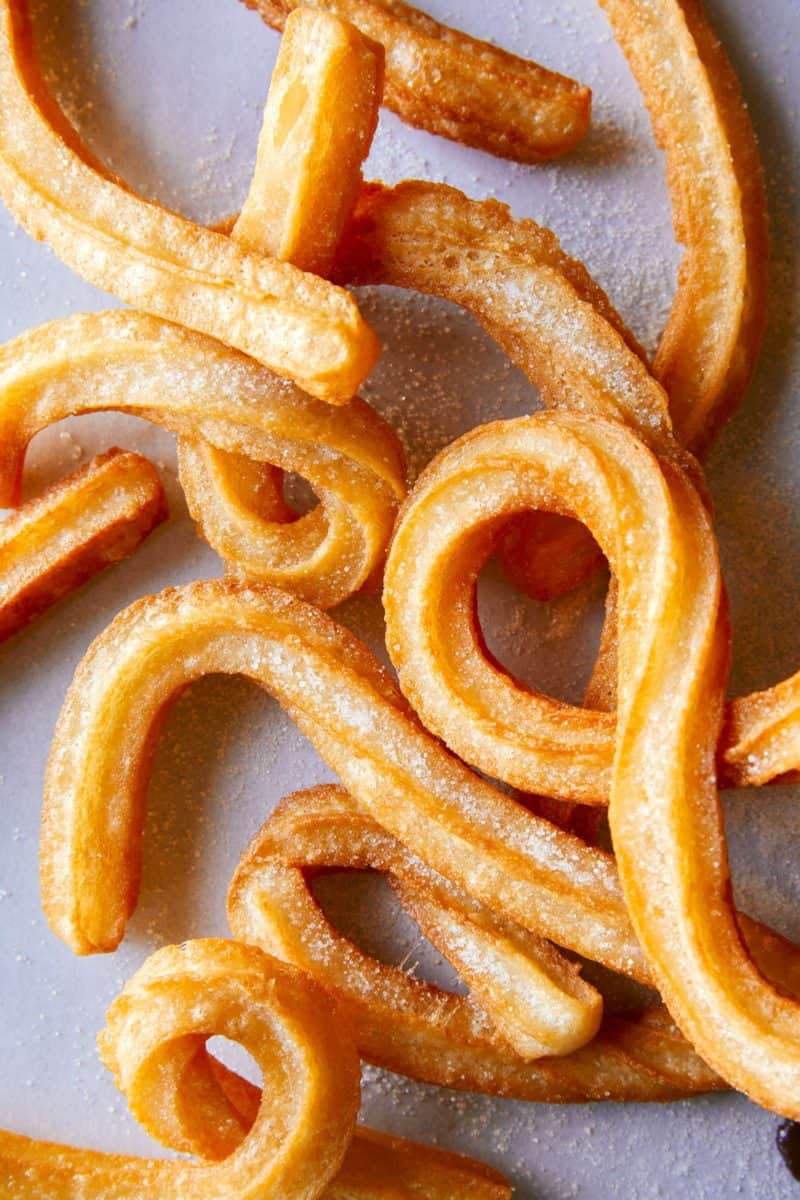 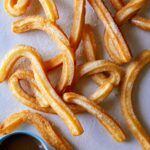