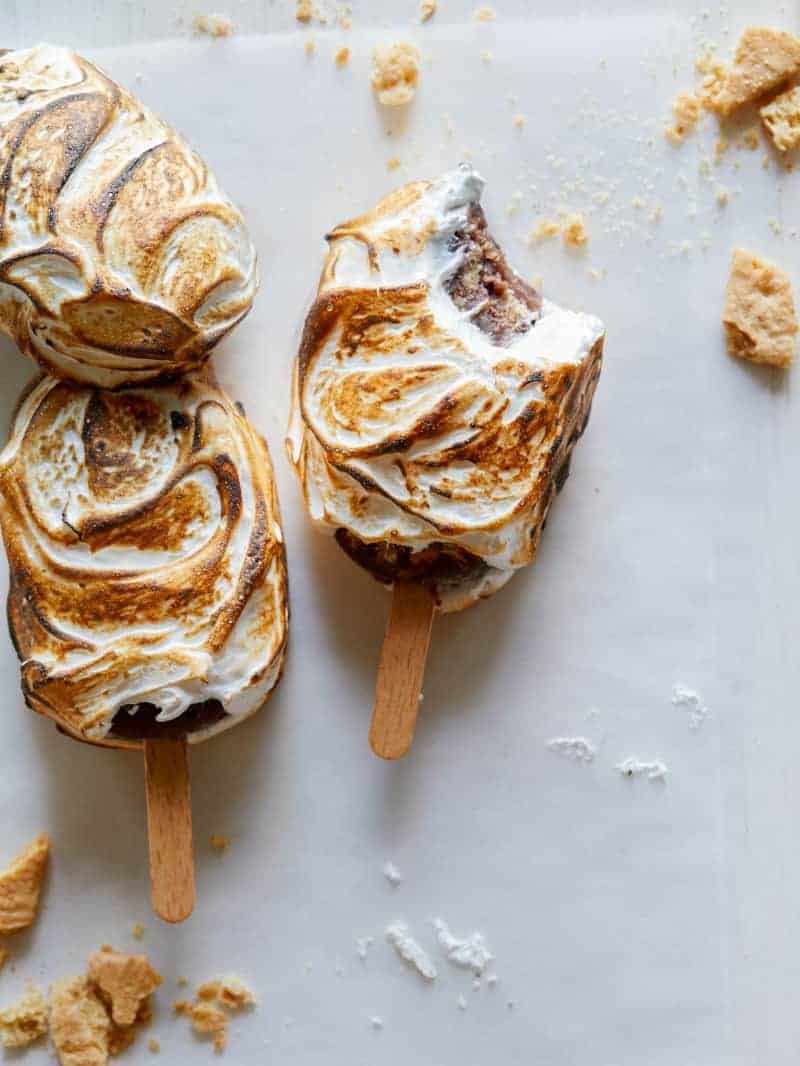 We originally posted these guys last year but it was one of my favorite recipes to create last year, plus National S’mores Day is coming up this Friday, so I thought it would be nice and pretty appropriate to repost these guys today! I’m not so much about the foe ‘national food holidays’ I actually think they’re kind of weird and they’re really hard to remember and keep up with, but then again I still turn into kind of a nerd when a specific few of them pop up and the s’mores one is one of them.

Since we’re already making our own marshmallow fluff, I thought I’d make things a little easier by using store bought chocolate ice cream, but totally feel free to make your own if that’s your preference! Originally I was worried that these couldn’t be fully made and assembled ahead of time, but you can! The toasted marshmallow covered pops will hold in the freezer for 3 to 4 days before the marshmallow starts to dry out a bit, so you can totally make them a few days ahead of time, or you can spread the marshmallow fluff and toast them right before you serve them. Enjoy! xx, Jenny

This recipe was originally posted on June 19th, 2017.
Tomorrow is officially the first day of summer and we’re celebrating with these S’mores Fudgsicles! These things are so fun and really freaking delicious. It’s also pretty easy to make since we’re using store bought ice cream and only making our own marshmallow fluff.

Marshmallow fluff is actually really easy to make, and only requires a few ingredients. That’s really the most important thing about this recipe is the homemade marshmallow fluff. DO NOT attempt to use the store bought stuff, seriously. It won’t stick nearly as well to the ice cream it’s much more difficult to spread and it’ll droop off of the ice cream pretty quickly and wont store well in the freezer overnight.

This recipe is such a crowd pleaser and could be a great addition to your 4th of July menu. While they taste best when freshly made, you can totally make them in the morning, or the night before and they’ll hold in the freezer really well (as long as you make your own fluff) for a couple days, after you torch on the marshmallow. Enjoy! xx, Jenny 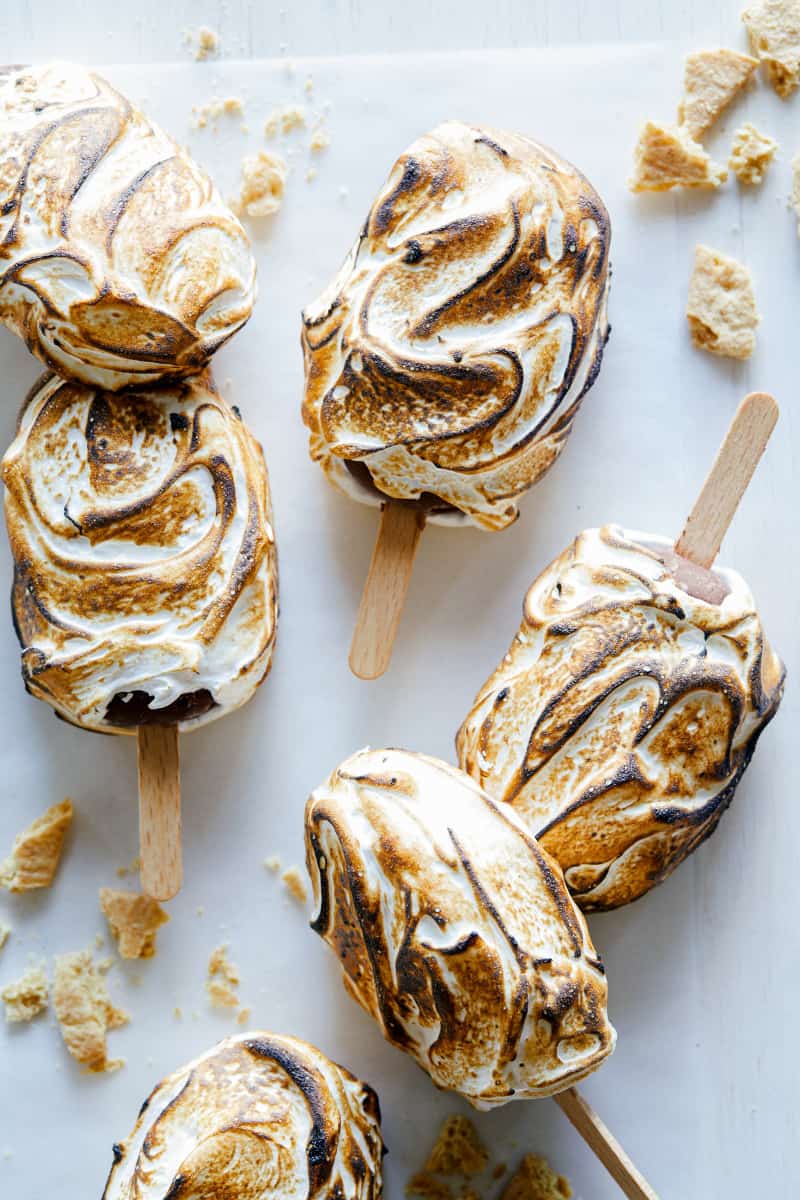 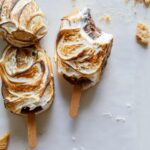