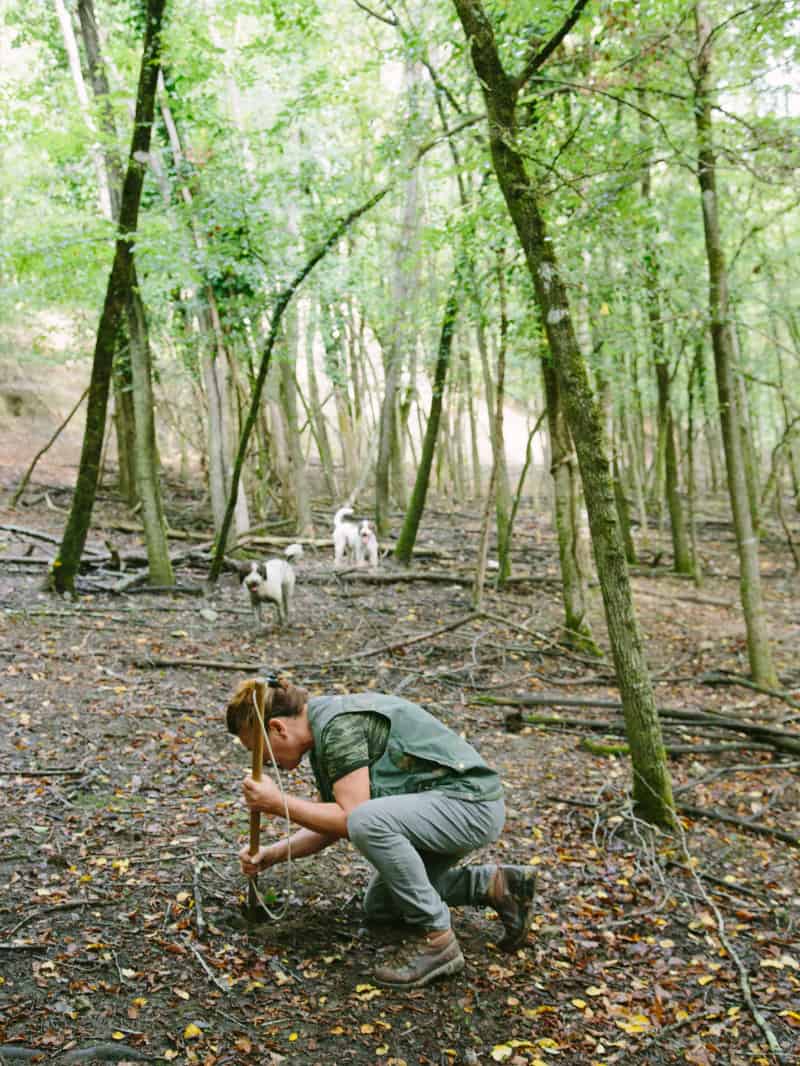 If you follow us on instagram you may have noticed last year I went on a trip throughout Italy for two and half weeks. One of my favorite parts was Tuscany, and our time spent there was so relaxing. It is as beautiful and quaint as people say, and even more amazing in person than all the pictures of the rolling hills you see. During our stay we were lucky enough to go on a little truffle hunting excursion. The hotel grounds where we stayed are enormous, and home to a lot of wildlife and also truffles. The patch of land has lots of oak, ash and white poplars; all which make terrific environments for white truffles. There was a group of maybe 6 or so of us, and we all piled into the back of a truck and made our way to an area of the hotels land where they had had luck before hunting. We were told that all the truffle hunters in Tuscany are truffle hunters because their parents were, it is an occupation that is kept in families. The truffle hunter we went with brought two dogs. One was the mother, and the other the daughter who was in training. The dogs are a certain breed called Lagotto Romagnalo. We walked and walked through the forest of trees while the dogs sniffed around. They were a little timid at first, but once they warm up you, they would come by for pets pretty often ☺ The tool you see on the lady’s back is a truffle hunting tool they use to dig, it’s called a Vanghino. When the dogs find a truffle they kind of swarm the area excitedly. Then the truffle hunter comes in with her tool and starts to dig a little, she grabs handfuls of dirt and smells it for the truffle scent. If there is nothing there, she replaces the dirt and we keep moving. She can tell pretty quickly by smelling the dirt if the truffle is worth digging more, or if it’s just nothing. Apparently we were competing a lot with wild boars, you could see their holes in the roots of the trees, they were very fresh. We ended up finding one truffle, they said it was worth about $35 or so dollars. We walked around a bit more, and then headed back to the hotel where we had a pasta lunch that had the freshly shaved truffle we had just found on top. This will by far be one of my most favorite memories from Italy. ☺
♥ Teri 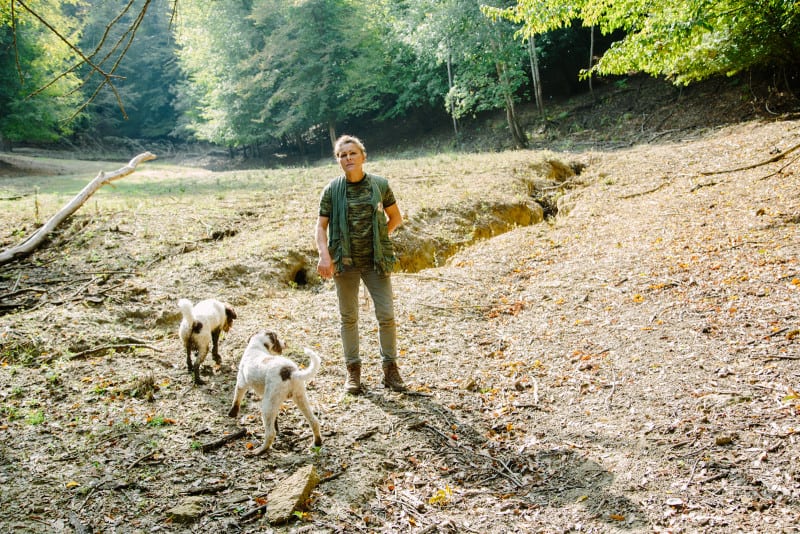 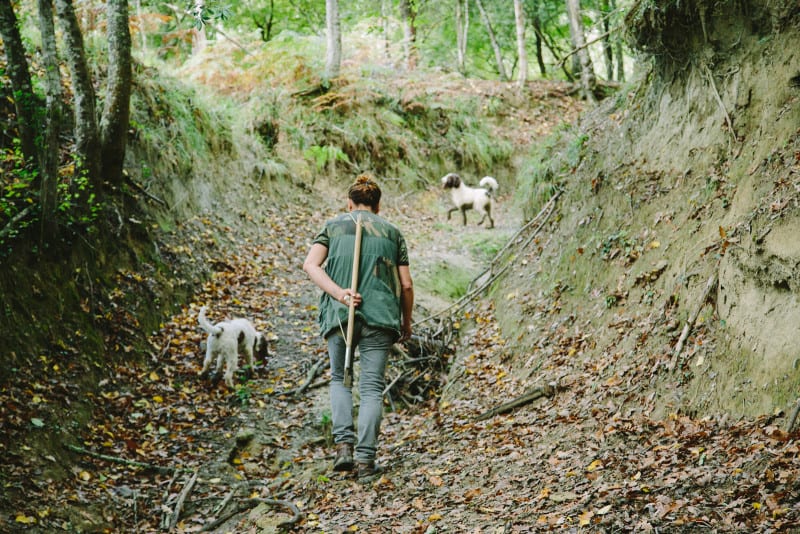 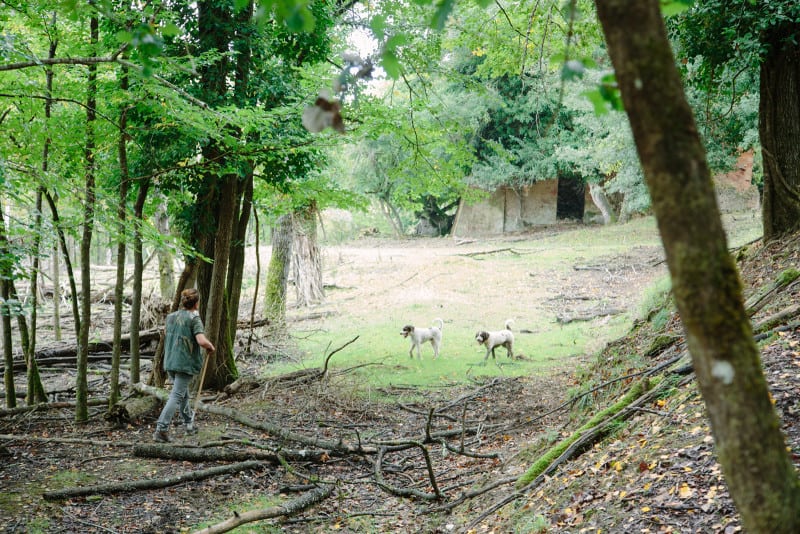 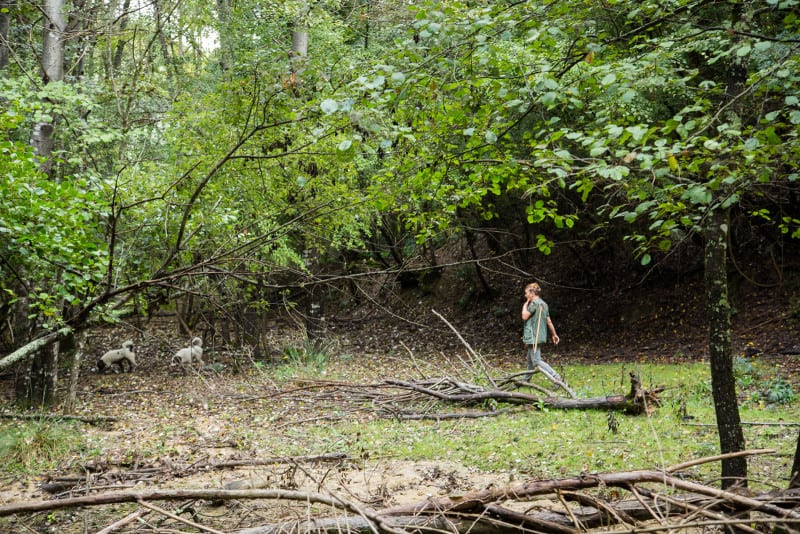 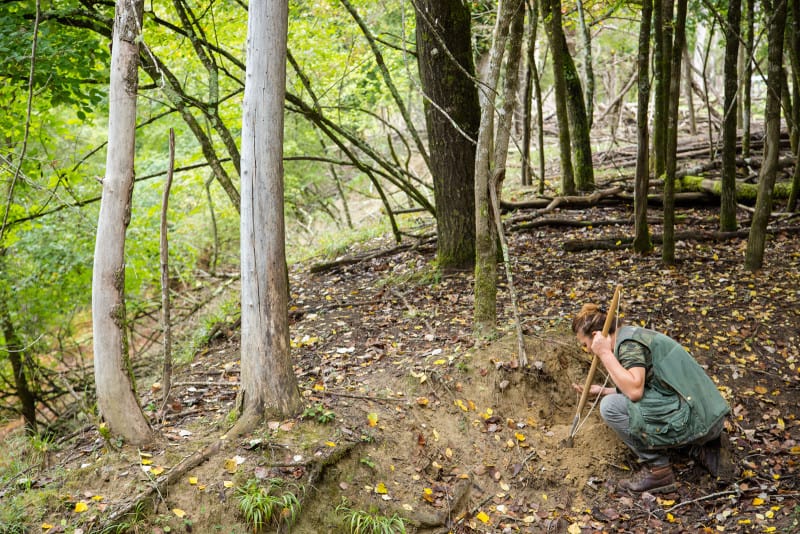 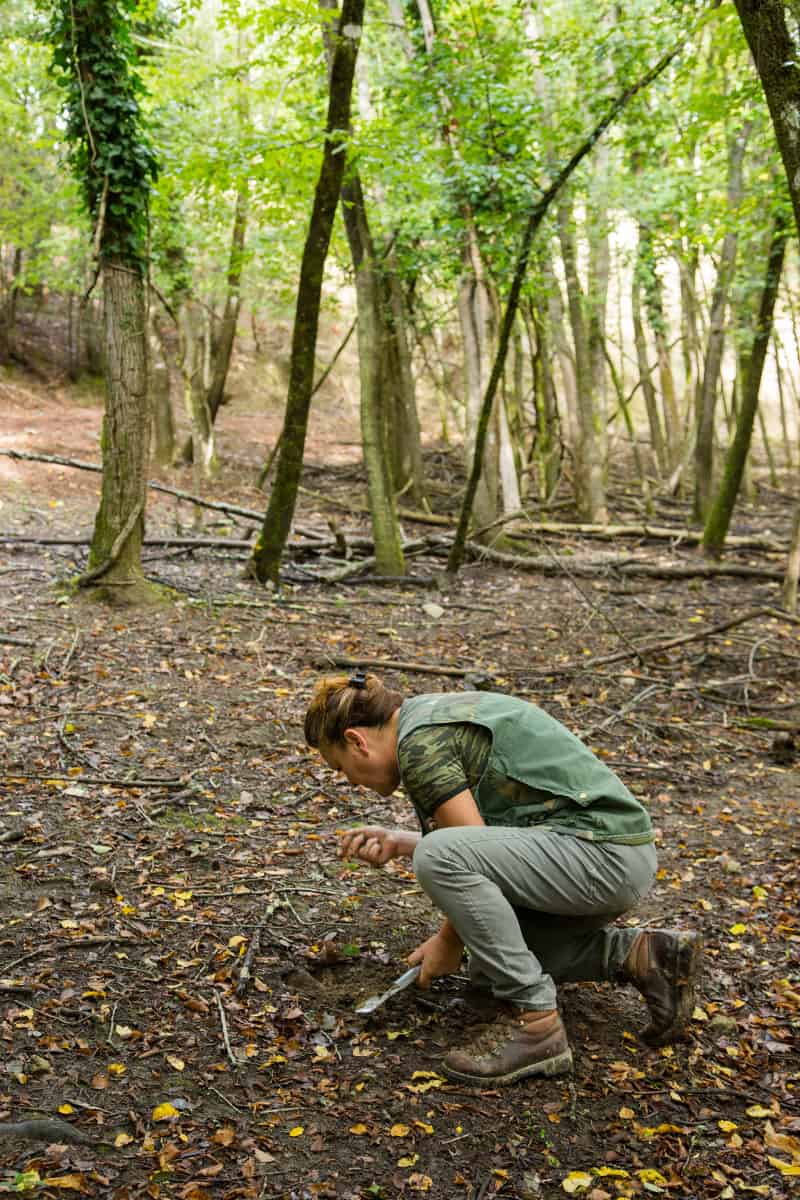 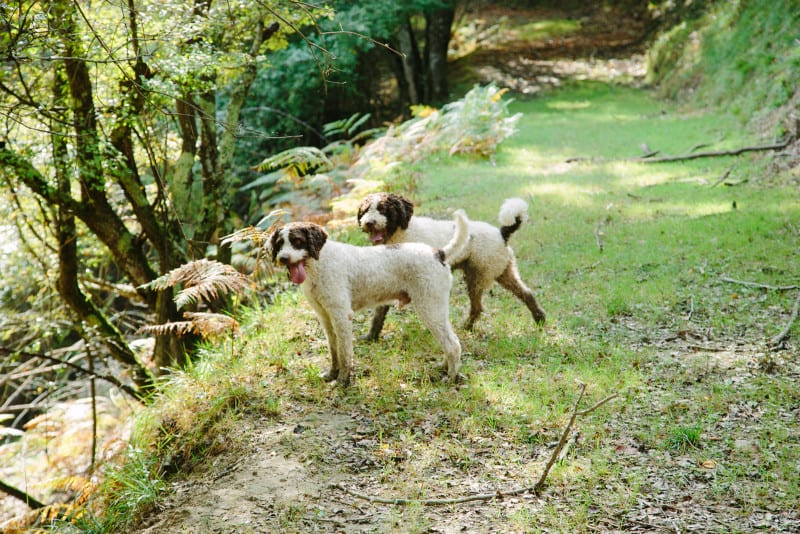 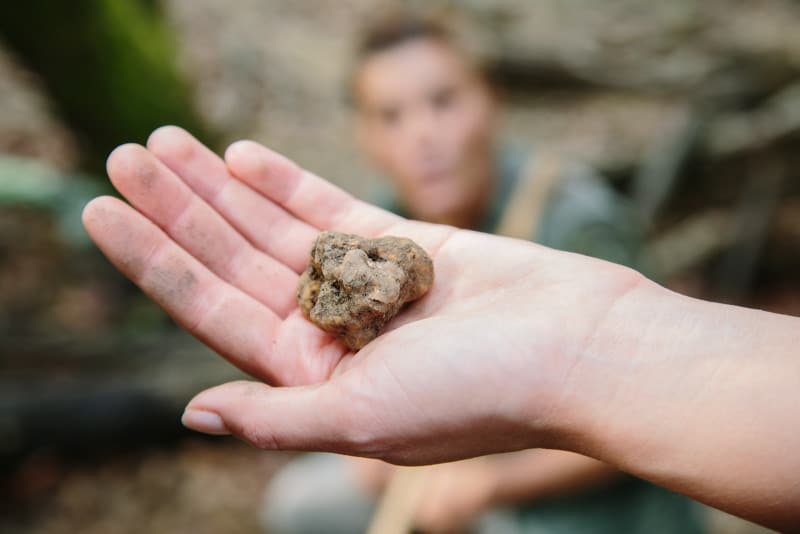 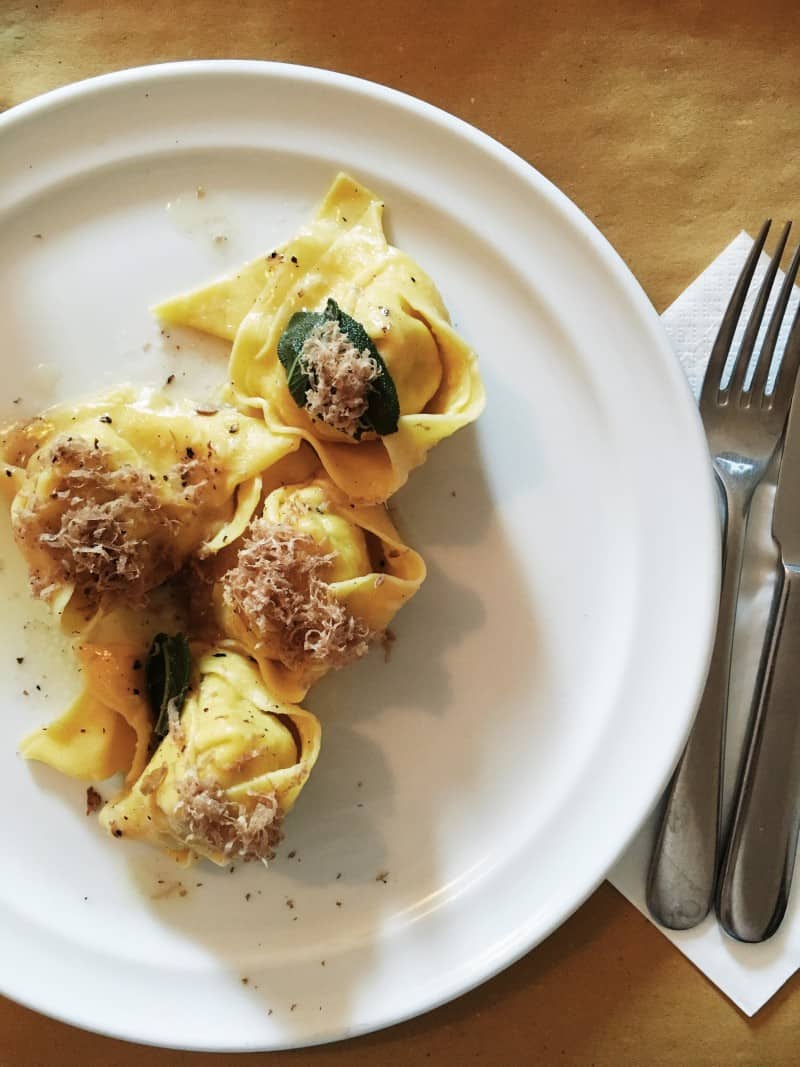