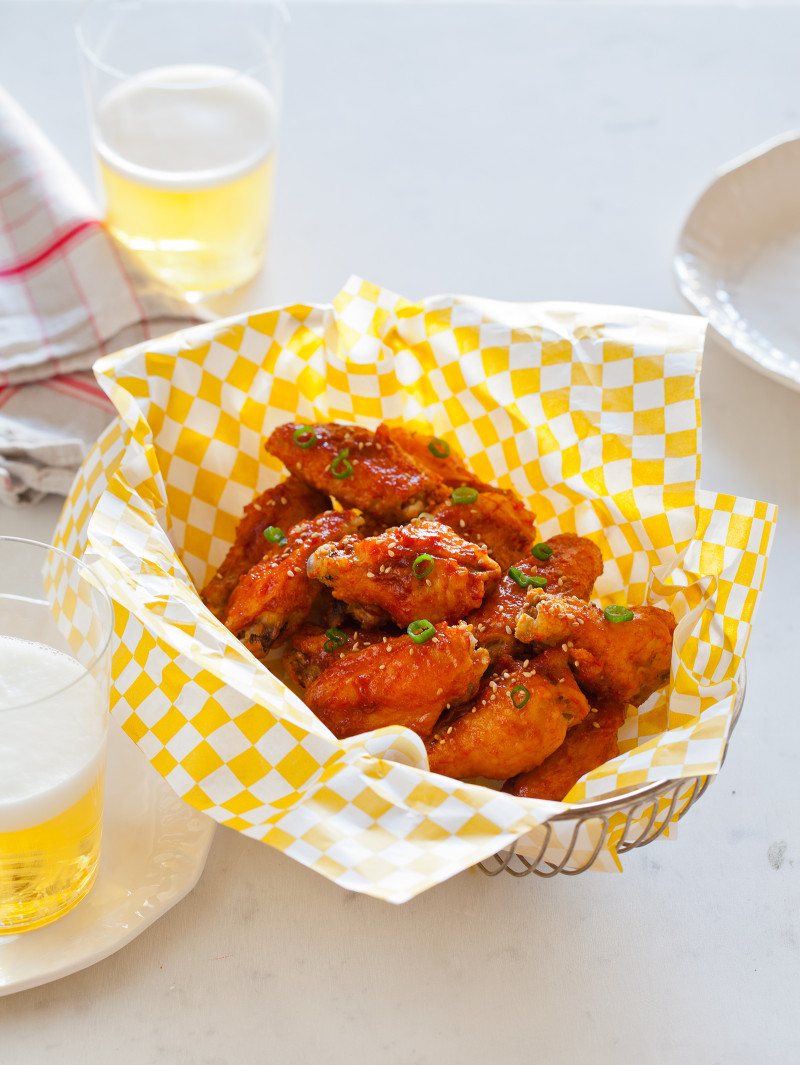 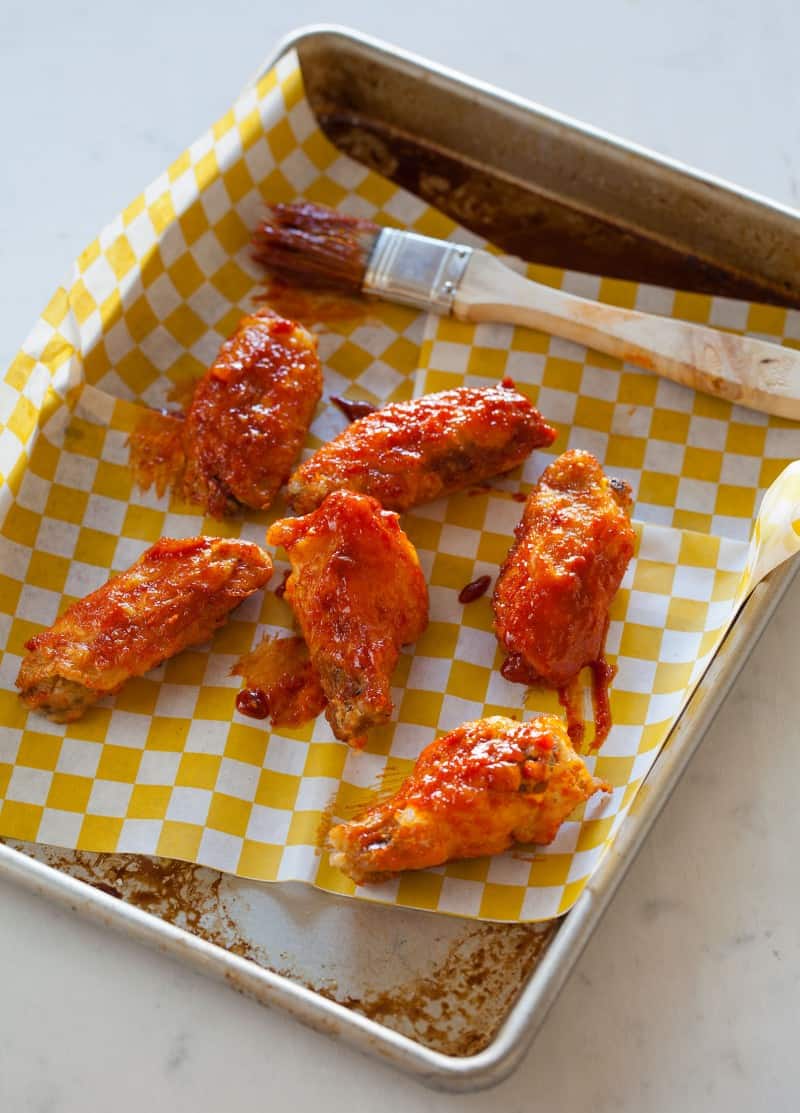 Hi All! We’re ending “Deep-Fry Fest” week over at SFB and leaving you all with this gem of a recipe….Korean.Fried.Chicken. It’s a fun take on the classic buffalo wings that everyone seems to love oh so much (rightfully so)…especially for the super bowl. If you love wings you’ll love this simple and AWESOME take on fried chicken. You would think that battering the wings before frying would leave you with oily and heavy fried chicken, but it’s totally not true…it’s the opposite. The batter actually helps make the chicken super light and extra crispy…crunchy is probably a better word…but not like gross crunchy…just super crisp. You know crunchy sound effects they use on tv? I bet they use Korean fried chicken to make that crunchy food sound effect…Are you all getting that this is super crisp chicken? Have I beaten that into your heads enough? Just a little? :)

I beg you all to set aside the weird dip recipes (you know which ones I mean, don’t play dumb), store bought chips (oh c’mon), delivered pizzas (lazy bums!)…pretty much all that crap plus more that you see infesting the Super Bowl year after year; and instead serve your guest (or be the awesome guest that brings) this TOTALLY fantastic, SUPER simple, EXTRA crispy fried chicken. The classic sauce for these wings is a spicy Korean bbq sauce made with Korean chile paste. This sauce is really great, but also super spicy (sweat-worth spicy) so I’ve added a mild alternative of a honey-soy sauce which is totally different, but just as good. If you’re a purest and don’t want to stray from the classic buffalo wings, no problem…I’ve given a sauce recipe for that too! Just use this fry method…please…you’ll never, ever make fried chicken any other way. I promise you. I hope everyone has a great weekend, wearing their “fat-pants” and being happy!
xx Jenny