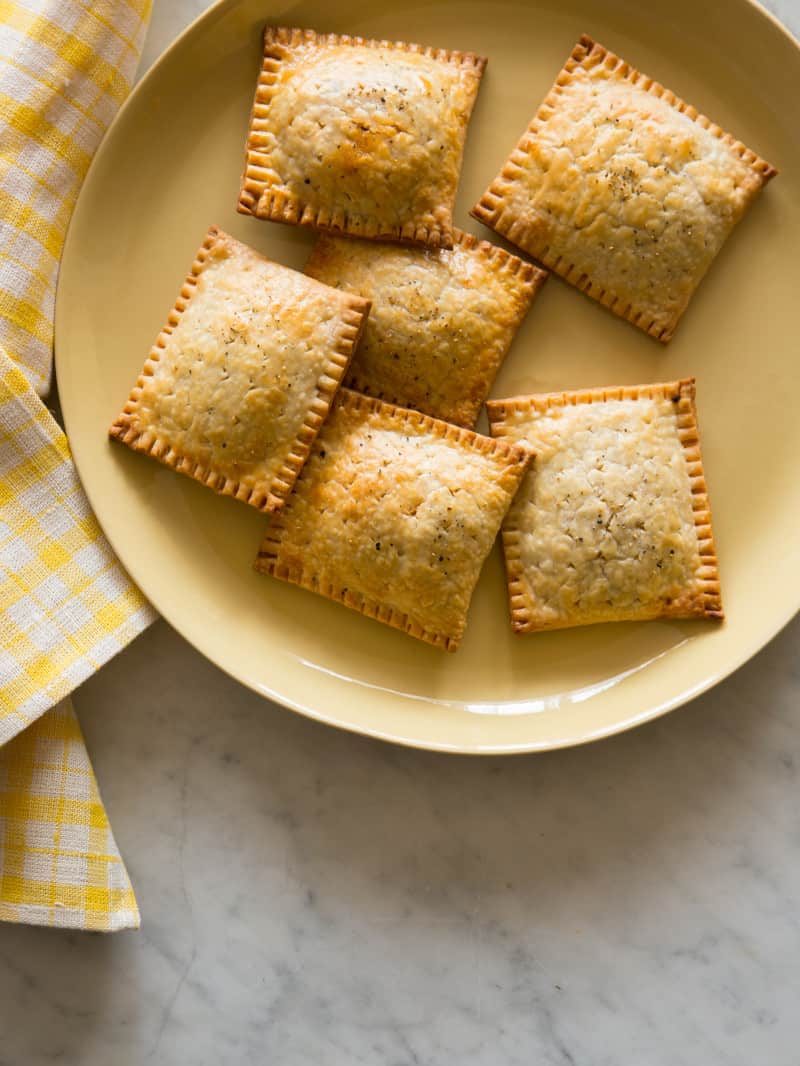 Hi Guys! Today we’re continuing our week of SFB’s favorite “Super Bowl classics” with these BBQ Pulled Pork Pop Tarts! We love this recipe so much because not only is it totally delicious, but it’s also such a good, inexpensive, fairly simple recipe to make for big groups. You can also assemble these ahead of time and pop them in the oven when you’re ready. I also really love these little guys because they’re so easily transportable and don’t get all gross and weird when left out for people to nibble at, for an hour or so. We made these with our homemade bbq sauce, pickled pulled pork recipe and cream cheese pie dough recipe, but you can easily make this a semi homemade recipe by using your favorite store bought bbq sauce and even ordering up some carnitas from your favorite local Mexican spot instead of making your own pulled pork. Although I will say that our recipe for slow cooker pickled pulled pork is so easy and mouthwatering that I highly recommend it! :) Enjoy! xx, Jenny 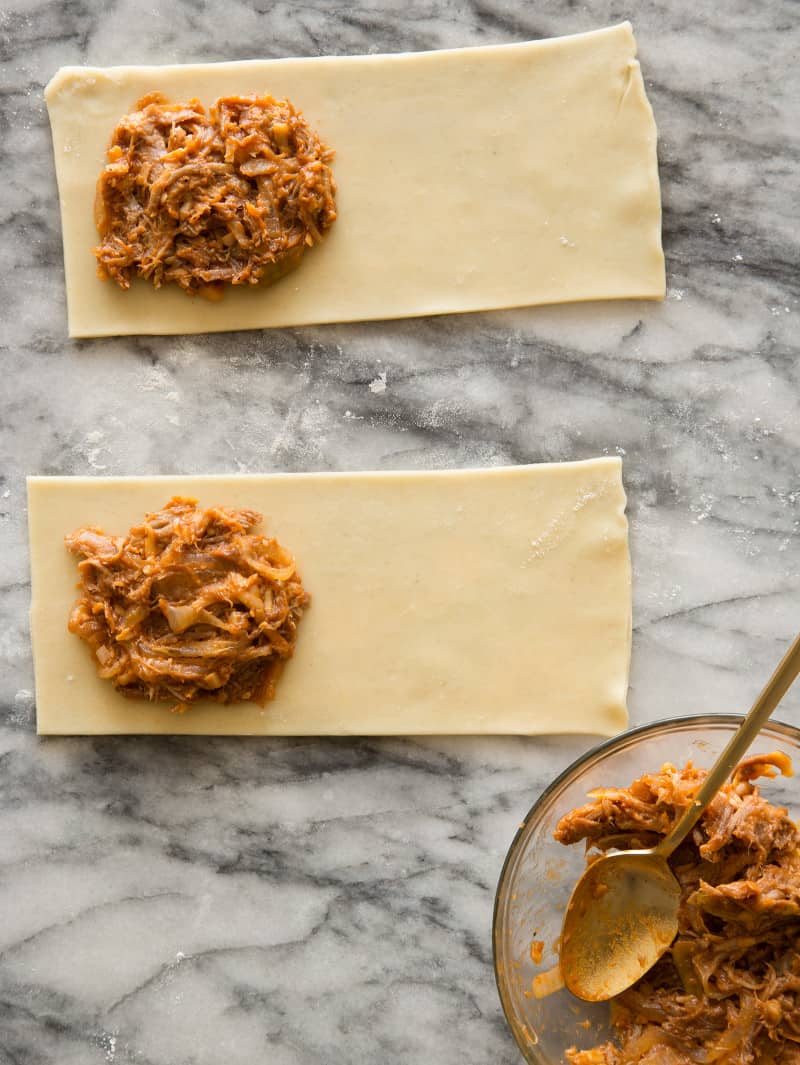 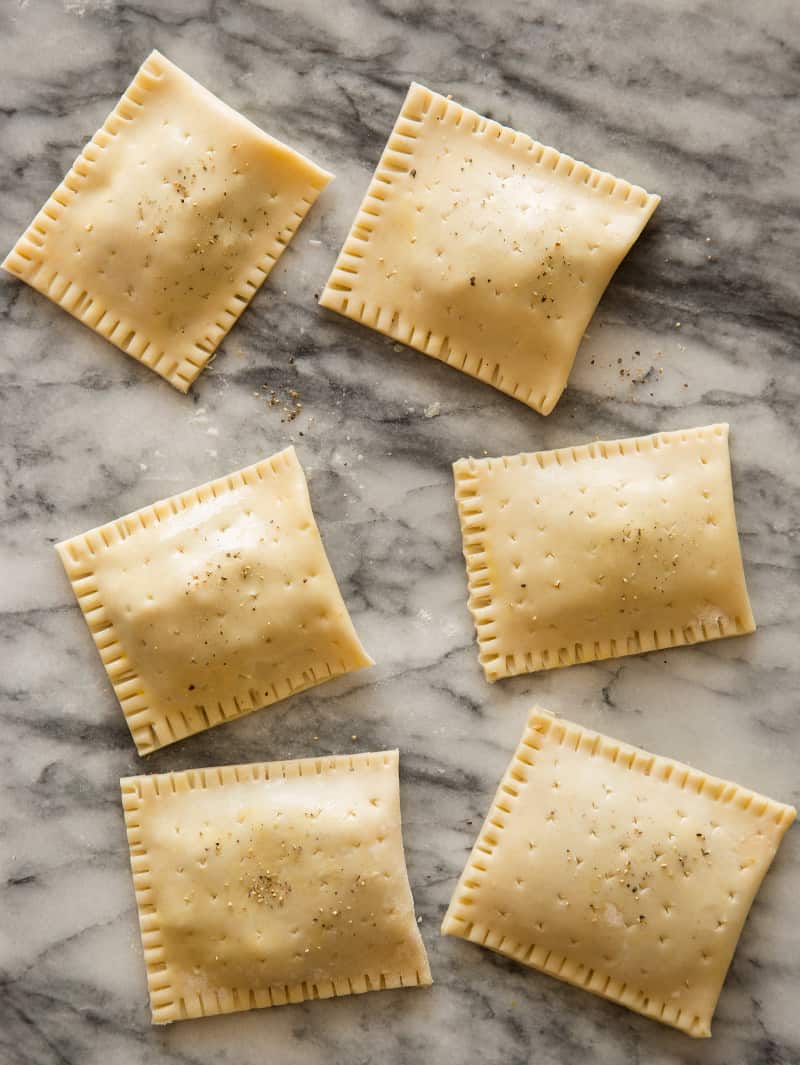 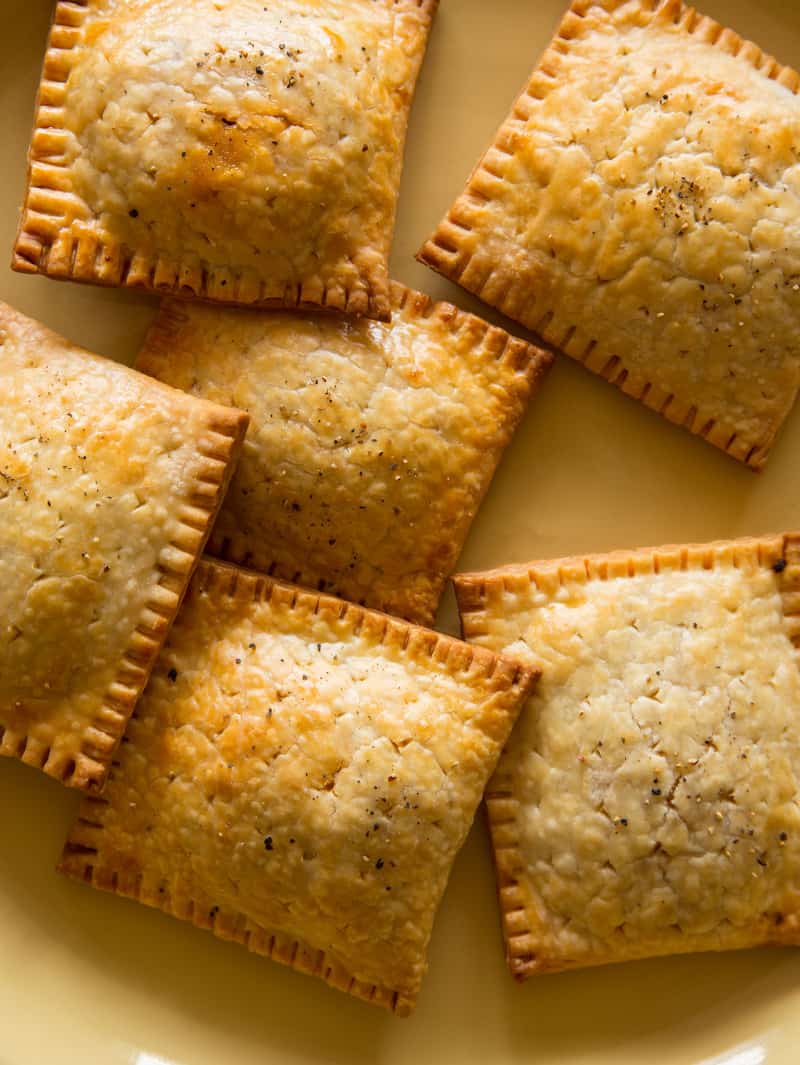 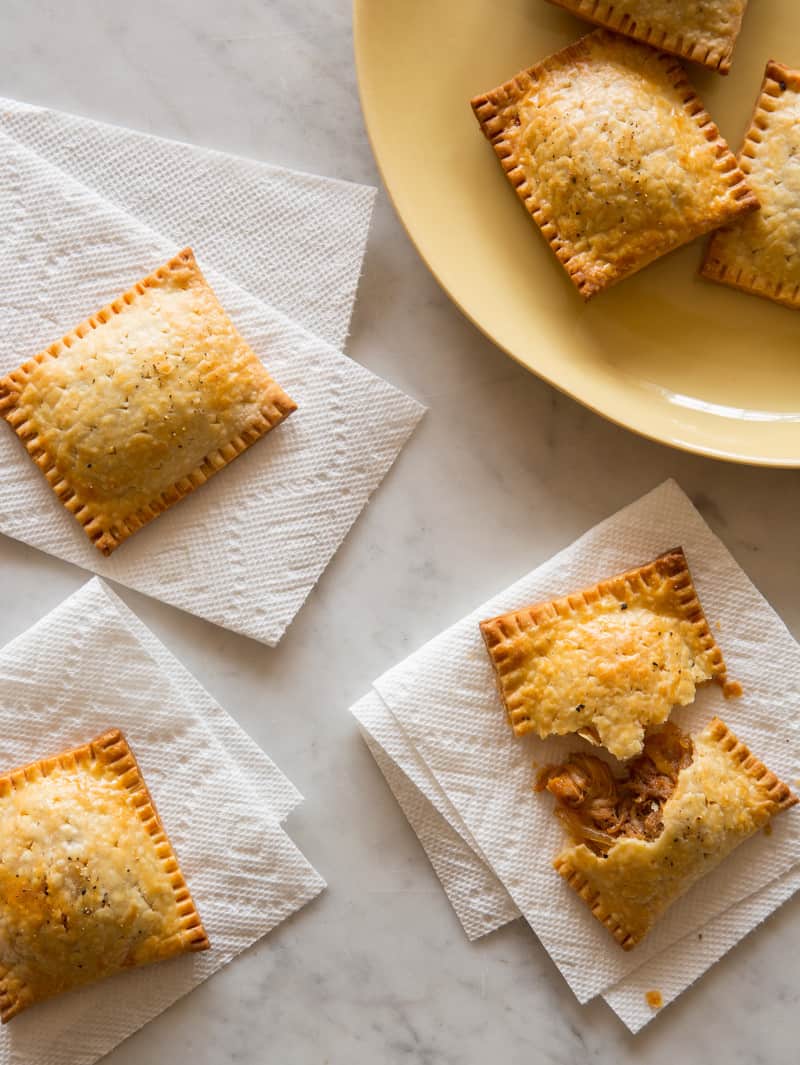 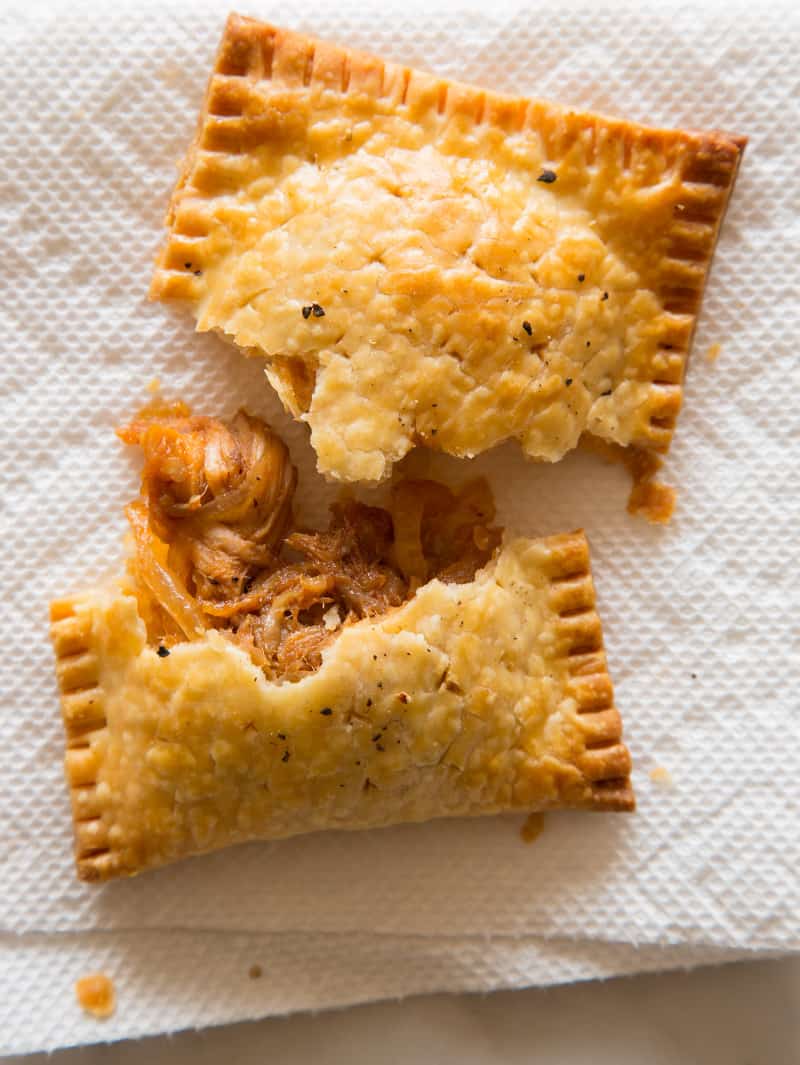 Around Super Bowl is the season I think Jenny I look forward to most. We don’t even watch football, I’m not even sure the last time I watched the super bowl. Maybe 10 years ago? I don’t know. The thing that gets us super excited is knowing that we can come up with crazy delicious, terrible for you, easy to eat, appetizer-y food for you all (as evidence here). Every year it seems like we extend our super bowl posts by double because have to many ideas we want to make and share. This one I am most excited about, our BBQ Pulled Pork Pop Tarts. Yea. Pop Tarts. Ok, maybe these are more like meat filled hand pies, but come on. Pop tarts > hand pies. Duh. Ok. You can also “pop” them into your mouth and eat them. “Pop them into your toaster oven to re heat,” whatever, you get it. Anyway, these are awesome. I literally ate the entire plate pictured above for dinner two nights in a row, it was amazing. I know this will be a crowd pleaser, so probably double the recipe. ☺
♥ Teri 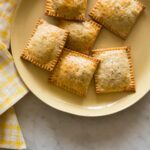 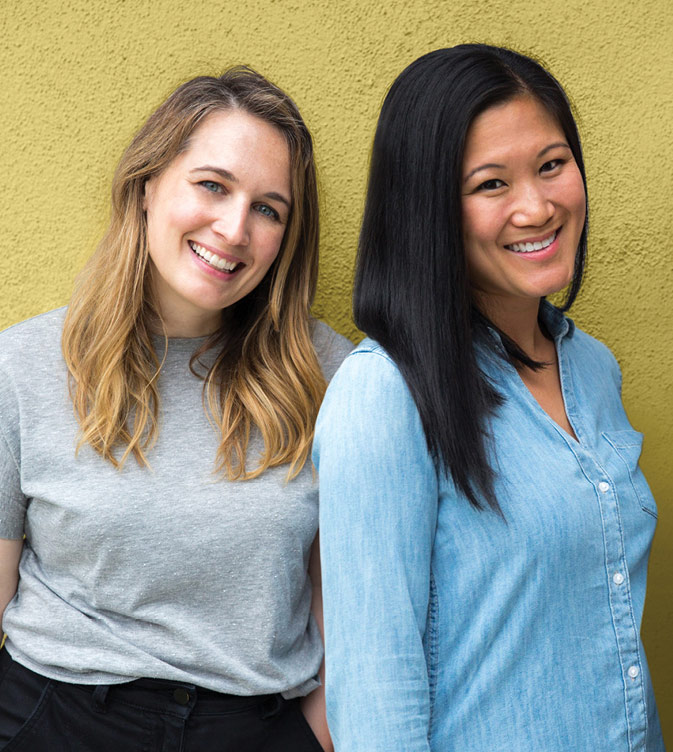 DISCLOSURE Spoon Fork Bacon contains paid advertising banners and occasionally affiliate links, and sponsored posts. As an Amazon Associate I earn from qualifying purchases. Sponsored posts are indicated at the start of such posts. All of our opinions are always our own. Thank you for supporting our sponsors. It helps us pay to run this site and bring you unique and original recipes. Click HERE to read our privacy policy. Click HERE to read our accessibility statement. XOXO Teri + Jenny